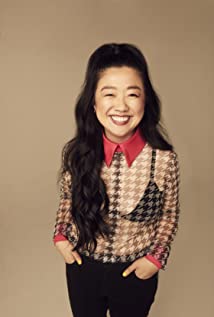 Comedian, actress, and writer are all ways multi-hyphenate talent Sherry Cola could be described as she has emerged over the last year as one to watch in the entertainment industry. Named a "Fresh Face" at the world-renowned Laugh Factory, Cola has proved that from drama to comedy in the scripted world, to hilarious, original stand up sets on stage, she can do it all.In 2019 Cola can be seen starring on Freeform's brand new series "Good Trouble," slated to debut on January 8. The series, a spinoff from the smash hit show "The Fosters," follows Callie (Maia Mitchell) and Mariana (Cierra Ramirez) as they embark on the next phase of their young adult lives in Los Angeles. Cola shines as Alice, a first-generation Asian-American who manages the apartment complex the ladies are living in. On the film front Cola recently wrapped production on the Untitled Drake Doremus Project opposite Shailene Woodley, Jamie Dornan, and Sebastian Stan. The film is set in present-day Los Angeles and follows Daphne (Woodley), a thirty-something woman navigating love and heartbreak over the course of one year.Born in Shanghai China, Cola and her family moved to the United States when she was four years old, planting their roots in the San Gabriel Valley just east of Los Angeles. She attended California State University Fullerton where she majored in Entertainment and Tourism Studies, and worked for the campus radio station Titan Radio. Cola's innate ability to make people laugh and bring stories to life was indisputable, and students tuned in daily to listen to her funny commentary on celebrity news, fresh music picks, and more. Upon graduation Cola joined AMP Radio 97.1FM, spearheading promotions, social media, board operations, and even hit the street with a microphone talking to passerby's and music fans. Television host and radio personality Carson Daly took Cola under his wing at the station, helping her further hone her craft as she launched her own Sunday night show. Cola went on to interview top artists including: Noah Cyrus, Fifth Harmony, and Khalid. While Cola got her foot in the door in radio, she also had her hands in improv, writing and creating characters with friends around Los Angeles. When two friends launched a web series called "Luber," a parody of Lift/Uber drivers, one of Cola's most notable characters to date was born: Lil' Tasty. The Lakers loving, jersey wearing, Timberland rocking-rapper was an instant hit online, receiving over 20 million views on Facebook.Cola got her break in television in 2017, landing a seven-episode arc on Amazon's "I Love Dick" opposite Kevin Bacon and Kathryn Hahn. She was a scene stealer as jewelry maker Natalie, one of Dick's (Bacon) students at the art institute in Marfa, Texas. Cola went on to work with MTV on the comedy series "Safeword," showcasing her comedic skills alongside Kevin Hart, Ludacris, and LaLa Anthony. In 2018 Cola booked a recurring role on the hit TNT series "Claws" opposite Niecy Nash, Carrie Preston, and Judy Reyes. Joining the cast in season two, the series follows five diverse and treacherous manicurists, who are good women caught in bad places with even worse men. Cola instantly became a fan favorite as FBI Special Agent Lucy Chun, and is slated to return to the series in 2019 for season three.On the comedy front Cola is constantly working on new material as a stand up comedian, and performs regularly at The Laugh Factory, The Improv and The Comedy Store. She also recently filmed an episode of "Funny Dance Show" for E! (2019) alongside Jackie Tohn, Solomon Georgio, and London Brown, and has worked with Kevin Hart's LOL Network and Funny or Die over the years.