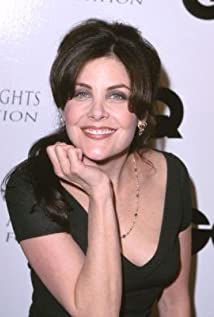 The sultry, versatile, petite (5' 4") beauty Sherilyn Fenn was born Sheryl Ann Fenn in Detroit, Michigan, into a family of musicians. The youngest of three children, her mother, Arlene Quatro, played keyboard in rock bands, her aunt is rock-star Suzi Quatro, and her grandfather, Art Quatro, was a jazz musician. Her father, Leo Fenn, was the manager of such bands as The Pleasure Seekers (the all-girl band formed by the Quatro sisters), Alice Cooper, and The Billion Dollar Babies. Sherilyn's ancestry includes Irish, Italian, Hungarian, German, and Bohemian Czech.Sherilyn traveled a lot with her divorced mother and two older brothers before the family settled in Los Angeles when she was seventeen. Fenn, who says herself she's demure didn't want to start with a new school again and soon enrolled at the Lee Strasberg Theatre Institute.Fenn began her career with a number of B-movies including The Wild Life (1984) (alongside Chris Penn), skater film Thrashin' (1986) (opposite Josh Brolin) and teen-fantasy movie The Wraith (1986) (opposite Charlie Sheen). She had a memorable part in the cult teen-comedy Just One of the Guys (1985) in which she tries to seduce a teenage girl disguised as a boy, played by Joyce Hyser. Fenn landed her first starring role, as an engaged heiress to an old Southern family experiencing her sexual awakening in Zalman King's erotic drama film Two Moon Junction (1988), after which she said she wanted to hide for a year. Fenn won her most outstanding role and made an indelible impression on the public when she was cast by David Lynch and Mark Frost as the tantalizing Audrey Horne, the high-school femme fatale from the critically acclaimed TV series Twin Peaks (1990). The series ran from 1990 to 1991, and the character of Audrey was one of the most popular with fans, in particular for her unrequited love for FBI Special Agent Dale Cooper (played by Kyle MacLachlan) and her style from the '50s (with her saddle shoes, plaid skirts and tight sweaters). Sherilyn made a memorable impression as the cherry stem-twisting siren. This was her breakout role; even now she says of her Twin Peaks (1990) experience: "It still makes me feel kind of proud and special to be part of something like that". In the show's second season, when the idea of pairing Audrey and Cooper was abandoned, Audrey was paired with other characters like Bobby Briggs (Dana Ashbrook) and John Justice Wheeler (Billy Zane). Sherilyn hit cult status when Lynch filmed her dancing on Angelo Badalamenti's music and with another memorable scene in which her character knotted a cherry stem with her tongue.Shortly after shooting Twin Peaks' pilot episode, David Lynch gave her a small but impressive part in Wild at Heart (1990), as a girl injured in a car wreck, obsessed by the contents of her purse, opposite Nicolas Cage and Laura Dern. According to Fenn, the turning point in her career was when she met veteran acting coach Roy London in 1990. She credits him with instilling confidence and newfound enthusiasm.After two nominations (Emmy and Golden Globe) and covers for Rolling Stone and Playboy magazines, Fenn was propelled to stardom and became a major sex symbol. She was chosen as one of People magazine's "50 Most Beautiful People in the World", was named one of the "10 Most Beautiful Women in the World" by Us magazine, and one of the "100 Sexiest Women in the World" by FHM magazine. Fenn's classic looks - with her lily-white skin, vertiginous boomerang eyebrows, beauty mark next to her left eye and topaz eyes - were highlighted by renowned photographers like George Hurrell Sr., Steven Meisel, and Bettina Rheims, and led her to be compared to the ones like Marilyn Monroe and Ava Gardner. Fenn has had an eclectic career with a significant body of work following Twin Peaks (1990). She chose to focus on widening her range of roles and was determined to avoid typecasting. She turned down the Audrey Horne spin-off series that was offered to her, and unlike most of the cast, chose not to return for the 1992 prequel movie Twin Peaks: Fire Walk with Me (1992), as she was then shooting Of Mice and Men (1992). She proved her mettle as an actress with varied roles in neo-noir black comedy Desire and Hell at Sunset Motel (1991) (as a sultry femme fatale, opposite Whip Hubley and David Hewlett), huis-clos Diary of a Hitman (1991) (the directorial debut of her acting coach Roy London, in which she plays a fragile mother who confronts hitman Forest Whitaker), John Mackenzie's fictionalized biopic Ruby (1992), (as stripper Sheryl Ann DuJean, a Marilyn Monroe look-alike fictional character, who is a composite of several real-life women from Jack Ruby and president John Kennedy's entourage; opposite 'Danny Aiello' and Arliss Howard), romantic comedy Three of Hearts (1993) (as Kelly Lynch and William Baldwin's love interest), Carl Reiner's 1940s detective parody Fatal Instinct (1993) (as Armand Assante's lovesick secretary and Sean Young and Kate Nelligan's r