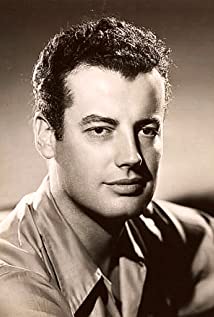 Actor Shepperd Strudwick had dark, dignified, matinée-styled good looks but with a slightly shady countenance that may have prevented him from attaining top "leading man" stardom in films. Nevertheless he earned distinguished marks in a number of films and returned most frequently to his first love, the theater, throughout his career.The North Carolina native was born Shepperd Strudwick, Jr. on September 22, 1907, the son of a cotton mill executive. The scion of a prominent family that settled in Hillsborough, his descendants were comprised of doctors, scientists, architects, actors and painters, one of which, Edmund Charles Fox Strudwick, a physician, earned distinction as the first president of the North Caorlina Medical Society. Following high school Strudwick attended the University of North Carolina at Chapel Hill with designs on becoming a writer. At one point he was on the editorial staff of his college magazine. In between studies he also joined the university's drama club, the Carolina Playmakers, and ultimately decided to switch his major to drama.Appearing in a number of college productions before his graduation, Strudwick moved to New York in 1928 to pursue a professional career. Almost immediately he won small parts in two Broadway plays, "The Yellow Jacket" and "Falstaff," both starring the shows' producer Charles Coburn and his wife, actress Ivah Wills. He followed those with "Under the Gaslight" (1929) and "The Life Line" (1930). Throughout the 1930s Strudwick enhanced a number of Broadway and regional productions, notably "Both Your Houses" (1933) "Let Freedom Ring" (1935) and Shakespeare's "As You Like It" (1937), the last in which he starred as Orlando. The Shakespearean cast included his first wife, actress Helen Wynn, whom he had married in May of 1936. The couple later appeared together in a 1939 Broadway production of "The Three Sisters" in which he played Vershinin and she Olga. Helen became the mother of his only child, Shepperd Strudwick III.In the late 1930s, at the age of 31, Strudwick was summoned to Hollywood with a strong theatrical reputation preceding him. MGM hired him and he eventually gained some notice for his debonair portrayals of Southern-styled gents. He tested, in fact, for the part of Ashley Wilkes in Gone with the Wind (1939) but lost the role to Leslie Howard. At MGM his first two roles were biographical shorts, portraying noted Hungarian physician Ignaz Semmelweis in the Oscar-winning biographical short That Mothers Might Live (1938) and the infamous 19th century Mexican bandit Joaquin Murrieta (1938). He then began to go through the supporting paces in secondary feature films. These included the romantic comedy Fast Company (1938) starring Melvyn Douglas and a couple of popular film series' entries: Congo Maisie (1940) starring Ann Sothern and Dr. Kildare's Strange Case (1940) headlining Lew Ayres and Lionel Barrymore. His last picture for MGM was the aviation film Flight Command (1940) starring Robert Taylor.Strudwick changed both studios and his marquee moniker in 1941 after signing up with 20th Century Fox. Given the more suitable "leading man" name of John Shepperd, he nevertheless continued to use his real name under the New York stage lights. Tall and aristocratic-looking with a sleepy-eyed handsomeness, he characters seemed to induce suspicion or skepticism as to their intentions. At 20th he demonstrated "second lead" potential opposite some of the silver screen's most beautiful stars of the time: Gene Tierney, Loretta Young, Claudette Colbert and Carole Landis among them, but was unable to rise to the top romantic star ranks. His best chance came starring as the acutely melancholy poet in The Loves of Edgar Allan Poe (1942) opposite Linda Darnell. Despite his abilities and fine work, however, he remained a second-tier performer.By the post-war years, Shepperd was firmly entrenched in character roles, usually playing patrician fathers, corrupt politicians, reverends or sober-faced professional types. Parts in such film greats as Joan of Arc (1948), All the King's Men (1949) and A Place in the Sun (1951) came his way. A member in good standing at the Actors Studio, where he met his second wife, actress Margaret O'Neill, Strudwick went back to using his real name in both stage and film outings once his "leading man" chances had passed.He made a strong return to Broadway in the 1950s in both comedic and dramatic productions including "Affairs of State" (1950), "The Bat" (1953), "The Ladies of the Corridor" (1953), "The Night Circus" (1958) and "Only in America" (1959). In 1962 he portrayed George in the matinée productions of the landmark Edward Albee drama "Who's Afraid of Virginia Woolf?" on Broadway and eventually took over the part in August of 1963.Frequently on TV he was a regular dramatic guest player throughout the 1960s and 1970s on such shows as "The Twilight Zone," "The Defenders", "McMillan and Wife" and "The Name of the Game". He also joined th

Beyond a Reasonable Doubt