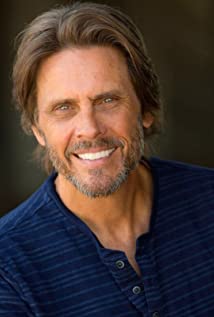 Shawn Stevens (born April 5, 1958) is an American film, television and stage actor, singer and entrepreneur.Life Overview Shawn Stevens was born Shawn Perry Stevens in Morristown, New Jersey April 5, 1958, the first child of Gary Kieth Stevens, a carpenter, pilot and construction contractor, and Gladys Edna (Chich) Smith, a homemaker. Stevens lived in Morristown, New Jersey until his family moved to Burbank, Ca. in 1969. Stevens is the oldest of 3 children. He has a sister Jodi Beth (Blatz. b/1961) and brother Gary Kieth Jr. (b/1963). Stevens was raised Church of Christ and converted to Mormonism at age 19. Stevens married Kaylene McLaws in 1984 and together they have 4 children, Tauren-Ashlee (Tucker b. 1985), Shawn Kory (b. 1989), Perry Christian (b. 1981) and Vince Kayson (b. 1993). Shawn has 1 grandson and is expecting a 2nd in the summer of 2014. Shawn is uncle to actor/musician Kelly Blatz (One Square Mile, Aaron Stone, April Showers, and Prom Night).Jersey Boy Stevens' parents were very young and still in high school (Bernard's High, Bernardsville, New Jersey) when he was born and Shawn attended his parents' high school graduation. In his infancy Shawn spent a great deal of time with his maternal and paternal grandparents and extended family who all lived in the vicinity. From his paternal grandmother (Stevens' father's father passed away in 1961 when Shawn was 3 years old) and great-grandparents, Stevens developed a deep abiding faith in God. Stevens' great grandfather, Eddie Grindley, was a Church of Christ minister who founded several Christian summer camps (Camp Shiloh in Mendham, N.J and Camp Hunt near Hubbardsville, New York) primarily for inner-city youth from the boroughs of New York City. The singer/actor Pat Boone was a close family friend during these years. Through his maternal grandparents, who were Methodists, Stevens was schooled in music and the arts. Stevens' grandmother Alberta May (Trebilcock), or Nana, was a piano player while his grandfather Vince William Smith (a U.S. Navy Veteran of WW2) was a Wall Street banker, violinist and painter. Stevens' first exposure to live theater came when his Nana would take him to the nearby Papermill Playhouse in Milburn New Jersey to see children's plays and musicals, his favorite being The Frog Prince. Stevens also remembers seeing Raymond Burr in a live stage production and his first trip into New York City to see the world premiere of The Unsinkable Molly Brown (1964 starring Debbie Reynolds who Shawn would later meet while in high school) at Radio City Music Hall with The Rockettes opening the show.As a child, Stevens remembers his first performance opportunity came in kindergarten (at South Street Elementary in Morristown New Jersey) as a clown in a school variety show. Shawn noticed that the older boy who was playing the "strong man" had left his bar bells on the stage. Not wanting to see the show ruined by the prop being left on stage, Shawn rushed out to center stage and retrieved the fake weights with one hand. To his amazement the audience broke out in laughter and applause. Stevens bowed and 'a ham was born'. Shawn knew that this was what he wanted to do with his life. Stevens would follow up his New Jersey elementary school acting "career" with portrayals of The Mighty Oak in The Oak and the Reed and as a Dwarf in Snow White and the Seven Dwarfs. Stevens also developed a love for singing and would enjoy singing holiday and patriotic songs when prompted by his teachers. Stevens remembers singing America the Beautiful in front of his 2nd grade class. When funding was cut for music instruction in school Shawn jumped in and prevailed on the teacher to let him take over. Shawn remembers teaching his classmates songs like Born Free and Edelweiss. Stevens would also conduct acapella hymn singing (Church of Christ does not have instrumental music) in his church congregation as early as 10 years of age.The Wonder Full Years When Stevens was 10 his family moved to California so his father could pursue career opportunities. Stevens felt that this was fortuitous for his desire to have a performing career as well. (Shawn remembers his parting words to his friends when driving away from his home as "watch for me on TV!"). Within months of landing in Burbank, California (home of Walt Disney, Universal, Warner Bros. and NBC Studios) Shawn had hand written a letter to Walt Disney introducing himself, and with the help of a friend's father (who worked at Disney) delivered the letter to Mr. Disney's office. Although this didn't lead to a personal meeting with Mr. Disney, the letter was passed off to the head of the Disney children's casting office and a meeting was granted. He was told to get some more experience and to be in every local and school production possible and that the time would come. That's all Shawn needed to hear. That summer, Shawn's elementary school, Thomas Jefferson Elementary, was making a film as a summer activity of The Wizard of

Lucy Shimmers and the Prince of Peace