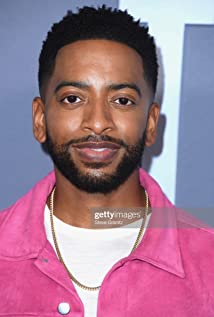 Shaun Brown is an American actor born on March Air Force Base in Riverside, California. Growing up Shaun Brown wanted to be a heart surgeon but when he was cast in his first musical, "West Side Story", he instantly fell in love with acting and continued exploring this new love with many high school musical productions.After doing two national tours of musical theater productions, Shaun shifted his attention to television and film and began to study the Meisner technique intensely. Having been a musical theater actor since his teen years, the Meisner technique forced him to focus on listening and simplifying his acting tremendously. This transition in thought led him to book his first guest star television credit, the short lived series Bar Karma starring William Sanderson.Soon after shooting Bar Karma, Shaun moved to Los Angeles, California. He began working as a bar-back and cocktail server at a fine dining restaurant to support himself and pay for head shots and acting classes. While attending a comedy showcase, that he was invited to by his commercial agent, the host the of the showcase spotted Shaun in the middle of his stand-up routine and commented on Shaun's interesting look. He then made Shaun stand up and told the audience of agents to sign him. The next day he was contacted by and agent and signed with him.

Tell Me How I Die