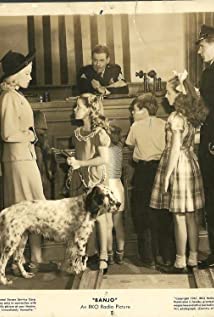 A child actress who showed heart-warming potential in the 1940s, child actress Sharyn Moffett (born Patricia Sharyn Moffett) was a cute presence in a number of sentimental tales. Closer to young Margaret O'Brien than Shirley Temple in type and demeanor, Sharyn was born on September 12, 1936 in Alameda, California to a show business family. Her mother was a dancer (billed as Gladyce Roberts) and her father, Bob Moffett, a singer and film bit player who once performed in burlesque shows and barbershop quartets. A younger brother, Gregory Moffett also went on to appear in films as a child actor.Sharyn's parents, who met doing theater in Hollywood, left show business to raise their two children. The family eventually moved to Anaheim, California. They practically pushed her into a career from infancy with little results until the age of 8 when she won her first role, the lead in the animal movie My Pal Wolf (1944). From then on she added tyke charm and caring to a number of warm, sentimental tales that also featured animals, including A Boy, a Girl and a Dog (1946) and Rusty Leads the Way (1948). Her best role was a strong, dramatic part in her fourth film, Child of Divorce (1946) in which she was the focal point.She had a central roles in Banjo (1947), Mr. Blandings Builds His Dream House (1948) and in The Judge Steps Out (1948), which had brother Gregory making his film debut in an uncredited role. By her awkward teens, however, Sharyn's career had run out of steam and she departed after her second lead role opposite Margaret O'Brien in the slight summer camp tale Her First Romance (1951).Sharyn eventually married and moved to Pennsylvania where she and her husband became Episcopalian ministers. Devoted to her spiritual work, she once was the national president of the "Big Sisters" organization.

The Judge Steps Out