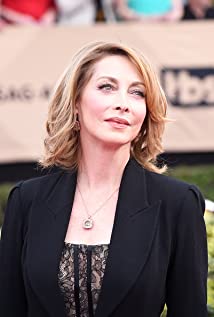 Sharon Lawrence grew up in North Carolina (Charlotte and Raleigh), graduated from UNC-Chapel Hill with a degree in Journalism and spent her college summers doing musicals in summer stock. She became an Actors Equity Member in 1984 and a SAG-AFTRA member in 1987. She may be best-known for her multiply Emmy Award-nominated and SAG Award winning portrayal of ADA Sylvia Costas Sipowicz in NYPD Blue. She also played, among many roles, a stay-at-home prostitute in Desperate Housewives, a charming but murderous realtor on Monk, the twisted jailbird mother of a sociopath on Criminal Minds, a serial killer on Law and Order: SVU, and a mother coming to terms with her long-lost daughter on Rizzoli & Isles -- not to mention bantering with Alfred Molina on Ladies Man or beating up Larry David on Curb Your Enthusiasm.More recent work includes Blunt Talk (opposite Sir Patrick Stewart) and an arc on NBC's Game Of Silence. Recent film includes Solace (opposite Sir Anthony Hopkins), Of Music and Mind (with Joaquim de Almeida and Aunjanue Ellis), and the award-winning The Bridge Partner (with Beth Grant).An accomplished stage actress, Lawrence played twenty different female characters in the Noel Coward cabaret, Love, Noel at the Wallis. Lawrence starred in Sir Noel Coward's final play, A Song at Twilight, at the Pasadena Playhouse, and as Vivien Leigh in Orson's Shadow (winner LA Drama Critics Circle Award, nominated for Ovation Award). At the Mark Taper Forum, she created the role of Maureen in the premiere of Theresa Rebeck's Poor Behavior and was featured Carl Reiner's gala, Enter Laughing. Her Broadway credits include revivals of Cabaret, Fiddler On The Roof and Chicago (as Velma Kelly).A former Chair of Women In Film Foundation, she is affiliated with the Board of Directors of the SAG-AFTRA Foundation as well as WeForShe.org, HealTheBay.org, and UNC-Chapel Hill General Alumni Association.

Me, Myself and I