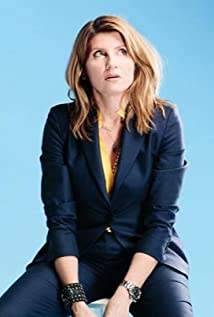 Sharon Lorencia Horgan is an Irish actress, writer, director, comedian and producer. She is best known for the comedy series Pulling (2006-2009) and Catastrophe (2015-2019), both of which she starred in and co-wrote. She also created the HBO comedy series Divorce (2016-2019).Horgan won the 2008 British Comedy Award for Best TV Actress for Pulling, while the show's 2009 hour-long final episode won the British Comedy Award for Best Comedy Drama. A seven-time BAFTA TV Award nominee, she won the 2016 BAFTA TV Award for Best Comedy Writer for Catastrophe (with Rob Delaney). Catastrophe was also nominated for Scripted Comedy in the 2020 BAFTA TV Awards and for the 2016 Primetime Emmy Award for Outstanding Writing for a Comedy Series. She has also won five Irish Film and Television Awards in both acting and writing for her work on Catastrophe. Horgan also won the 2021 Irish Film and Television Award in the category of Actress in a Supporting Role for her performance in Dating Amber (2020).Horgan has appeared in the films Valiant (2005), Imagine Me & You (2005), Man Up (2015), and Game Night (2018), Military Wives (2019), Dating Amber (2020), and BBC Two film Together (2021).

The Unbearable Weight of Massive Talent