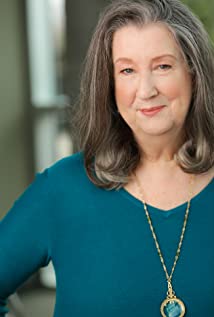 Sharon Blackwood was reared in the small town of Greensboro, Georgia. This upbringing served her well in her first television guest roles, on I'll Fly Away and In the Heat of the Night. She has been fortunate to work opposite Sidney Poitier, Kenneth Branagh, Ellen Burstyn, Tom Wilkinson, Joel Edgerton, Ruth Negga, Jason Bateman and Diane Keaton.Her feature films include Robert Zemeckis' "Flight" and Boaz Yakin's , "Remember the Titans" both starring Denzel Washington; Ross Katz's The Choice; Gregory Jacobs' Magic Mike XXL; Andy Tennant's Sweet Home Alabama. She also appeared in Terence Davies' The Neon Bible and as Lola in "Loving", both of which were nominated for the Palm D'or at the Cannes Film Festival.She received Bachelor and Master of Music degrees from West Georgia College, where she studied voice with Metropolitan Opera Soprano Inge Manski-Lundeen; with whom she studied throughout her career. Her favorite operatic roles include Dorabella in Cosi Fan Tutte and Mother in Amahl and the Night Visitors. She continues as an Oratorio soloist in Atlanta, Ga.Ms. Blackwood is a former Vice President of the League of Women Voters of Georgia and continues her work with them and other service organizations.Married to Michael Blackwood for over 45 years, she has two daughters and two grandchildren who have been her support and inspiration throughout her career.