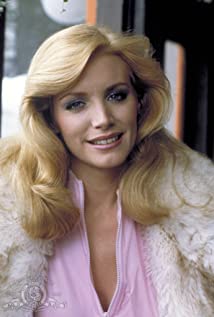 Shannon Tweed was born in St. John's, Newfoundland and Labrador, Canada. She rose to stardom as Miss November 1981 for Playboy magazine. In 1982, Shannon began her film career and also appeared in the soap opera Falcon Crest (1981). She became Playmate of the Year in 1982. She was briefly involved with Playboy magazine founder Hugh Hefner but has carried on a long-term relationship with KISS member Gene Simmons since 1983. Tweed and Simmons married in 2011. She has become somewhat of a "B" movie "queen", appearing in numerous low-budget "erotic thrillers" and adventure films. She and Simmons have two children, a son named Nicolas (b. 1989) and a daughter Sophie (b.1992).

Wish You Were Dead