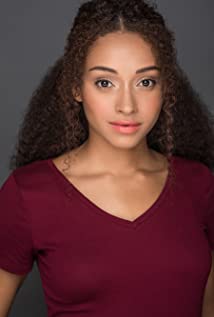 Shannon Destiny Ryan (Shannon Ryan) is an American actress and model born and raised in Philadelphia, Pennsylvania, to John Patrick Gallagher and Deborah Ryan. Her father is half Irish and half German while her mother is African American, Trinidadian, and Native American. Thanks to her father, she discovered her passion for acting at the age of 14 when he talked her into auditioning for the role of Lucy in a local production of the musical You're a Good Man Charlie Brown. She continued focusing on her newfound love for musical theatre throughout high school. While she originally attended a special admissions high school for academics and aerospace, she switched high schools in 11th grade when she was recruited by a prestigious music school for their singing department. Shannon performed in 5 more musical productions before she realized that she wanted to take her talents to film and television. A Philadelphia talent agency saw something special in her and decided to give the new face a chance. They put her through immense training to prepare her for the entertainment industry and even sent her to the International Models and Talent Association (IMTA) competition in New York in 2017.In more recent years, Shannon's hard work and talent proved true as she has now gained representation by talent agents and a manager not only in Philadelphia, but across the United States. She made her film debut in 2019 when she appeared in theaters across the world in M. Night Shyamalan's movie Glass opposite Bruce Willis and James McAvoy.