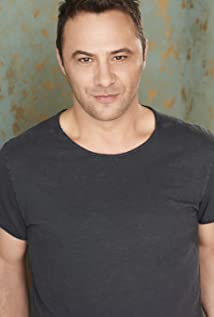 An award winning actor and producer, Shannon Brown has starred in upwards of 100 projects, ranging from short and feature films to commercials and stage. With over 60 film credits alone, Shannon has been cast as a lead in many of them. Known for his seemingly unlimited range, Brown has played a wide variety of characters in the full spectrum of genres. Delivering what critics have called raw, honest and magnetic performances, Shannon has won Best Actor awards for lead roles in both comedic and dramatic pieces.After starting his professional career in 1999 on NBC's hit sit com, Friends, Shannon's career was on the upswing. He continued to stay busy in L.A. for the next four years. Due to a terrible family tragedy, he was forced to move back to his home market, Chicago. After taking seven years off, Shannon could not put his passion on hold any longer. In 2010, he jumped back in the business and did so with great vigor. Shannon worked out of his home market while traveling to other markets quite a bit before recently moving back to Los Angeles in the late summer of 2017.Focusing purely on TV and Film, Shannon added over 50 credits to his resume since his return to the business. The most recent to hit the theaters (early 2017), Vertical Entertainment's dramatic thriller, The Crash. Produced by Hilary Shor (The Butler) Directed by Aram Rappaport (Syrup) and starring Minnie Driver, Frank Grillo, Dianna Agron, Ed Westwick, John Leguizamo, Maggie Q and Anna Sophia Robb, among others.Also releasing in 2017, the raunchy, dark comedy, Halloweed, where Shannon plays the main character leading a strong cast that includes Tom Sizemore, Danny Trejo, Simon Rex, Jason Mewes, Ray Wise, and Jim O'Heir, among others. Halloweed can be found on Netflix, VOD, iTunes as well as other platforms. During the filming of Halloweed, he was also cast as the lead in Weichert Media's comedy, Smothered by Mothers, which lead to him winning multiple Best Actor awards from various festivals. Directed by Brian Herzlinger (My Date with Drew; Baby on Board) and also starring Heather Matarazzo, Burt Young, Jim O'Heir, Alice Amter, Jamie Bernadette, Juliette Bennet and Robert Craighead. Smothered by Mothers is slated to hit theaters Fall 2017.Most recently, Brown played the lead, opposite Kelly Thiebaud, in the dramatic true story, Every 21 Seconds, which wrapped filming in Chicago, summer (2017). Shortly after moving back to L.A., he was cast in Ben Hickernell's dramatic thriller, The Buried Girl, which also stars Elizabeth Mitchell (Lost, Revolution, V)) and Oona Laurence (Southpaw; Pete's Dragon) among others.Late in 2012, Shannon launched his production company, Two 9 Productions, along with his wife, actress and producer, Suzette Brown. Although an actor first and foremost, Brown and his team at Two 9 have been very busy, with five feature films and seven shorts already under their belt.Shannon doesn't appear to be slowing down anytime soon, as multiple critics have said, he is definitely a talent to keep your eye on in 2017!

The Misadventures of Mistress Maneater