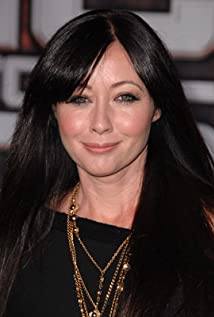 Shannen Doherty was born in Memphis, Tennessee, USA, on April 12, 1971, to Rosa (Wright) and John Doherty. Her father worked in a bank, while her mother owned a beauty parlor. She has an older brother, Sean. Her ancestry includes Irish, English, Scottish, and French. In 1978, at the tender age of seven, she and her family moved to Los Angeles, where her father started a West Coast branch of the family transportation business. She knew she wanted to pursue an acting career when she made her acting debut at age ten, with a role on the series Father Murphy (1981).Shannen was a confident student, involving herself in school performances and working hard in school, making sure she always had exceptional grades. Despite her confidence she isolated herself from large crowds and preferred to few close friends. She made a name for herself as a child actress at just 11-years-old, starring in Little House on the Prairie (1974) as Jenny Wilder. It was Michael Landon who noticed her performance in an episode of Father Murphy (1981) that he decided to cast her. She then went on to appear in Our House (1986) with Deidre Hall and Wilford Brimley. She also starred alongside Sarah Jessica Parker and Helen Hunt in Girls Just Want to Have Fun (1985) and then in Heathers (1989), a teen comedy also starring Winona Ryder.Her real success came in 1990, at the age of 19, when she was cast in Aaron Spelling's long-running hit series, Beverly Hills, 90210 (1990) as Brenda Walsh, the twin sister of Brandon Walsh, played by Jason Priestley. She attracted media attention from the press and eventually made her a household name. The success of the popular teen drama appealed to young teenage girls who could relate to her character. After four years she left the show in 1994. Afterward, she continued her work in movies, starring in the thriller Almost Dead (1994) and the comedy Mallrats (1995).During the fall of 1998, she reunited with long-time producer Aaron Spelling, when she was cast as Prue Halliwell on Charmed (1998), a show about three ordinary women who happen to be witches. She starred alongside Alyssa Milano and Holly Marie Combs. After three years she left the show to find work in movies. Before her departure from the show she directed three of the last episodes in which she starred. She continued her work in movies by starring in Another Day (2001), The Rendering (2002), The Battle of Mary Kay (2002), and View of Terror (2003). In 2003, she hosted season one of Scare Tactics (2003) as well as season two with only 8 episodes and then left to pursue other endeavors.In the fall of 2004, Shannen made her return to television on Fox's drama series North Shore (2004), where she played Alexandra Hudson, the long-lost sister of Nicole Booth, played by Brooke Burns. The show was canceled after one season. Then in 2005 she landed the role of Denise Johnson on the UPN series Love, Inc. (2005); however, after the pilot episode she was dropped from the sitcom. From there she has ventured into new projects and in 2006 she starred in her own reality series, Breaking Up with Shannen Doherty (2006).

Back in the Day

Growing the Big One

The Lost Treasure of the Grand Canyon