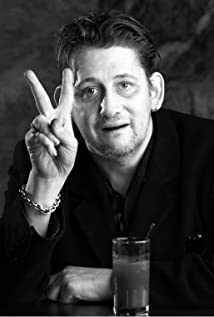 Born in Kent, England, songwriter/poet Shane MacGowan lived in County Tipperary, Ireland for the first six years of his life, and moved back to London UK, where he attended Westminster School (and was later expelled for drug use). After a brief time with the Nips (77-79), Shane MacGowan formed the democratically operated Pogues, a successful '80s group which released a handful of well-received records (e.g. If I Should Fall From Grace with God) and many songs considered classics (e.g. Fairytale of New York, A Pair of Brown Eyes). Expelled from the Pogues for his reckless lifestyle, MacGowan lived and wrote in London throughout the '90s, releasing two albums with his band, the Popes. He now resides in the county of Tipperary, Ireland, putting together the occasional tour.

The Filth and the Fury

The Clash: Westway to the World

The Punk Rock Movie from England