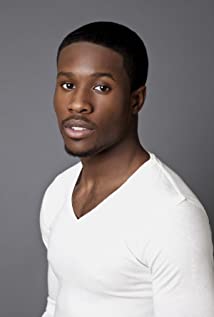 Born in Atlanta of Jamaican descent, Shameik Moore booked his first lead role of Malcolm in Rick Famuyiwa's Dope (2015), produced by Forest Whitaker and Nina Yang Bongiovi. The film, which is narrated by Forest Whitaker, also stars Tony Revolori, Kiersey Clemons, Zoë Kravitz, Kimberly Elise and ASAP Rocky.His strong musical ability was recognized when he recorded several tracks for the film's soundtrack with Grammy award-winner Pharrell Williams.Shameik got his start with Nick Cannon as a series regular on his Cartoon Network original live action sketch comedy series Incredible Crew (2012). He guest starred on Tyler Perry's House of Pain (2007) and BET's Reed Between the Lines (2011) and has a nice role in the Hallmark film The Watsons Go to Birmingham (2013). Shameik's big screen debut was in the film Joyful Noise (2012), where he starred alongside Queen Latifah and Dolly Parton.Shameik Moore is a young multifaceted singer, actor and dancer and well on his way to leave his mark in the industry. His debut mix tape I Am Da Beat hosted by DJ Greg Street, debuted in 2012 to over 100,000 downloads. Shameik's skillful mastery of his vocal range and his fun, sensual lyrics have developed a strong fan base for this entertainer, who is set to release his new album in 2015.Shameik, better known as Meak when he was a teen, is no stranger to viral love, with over 10 million hits on Youtube and a faithful fan base who faithfully supports him in his rise in the entertainment industry.

The Watsons Go to Birmingham