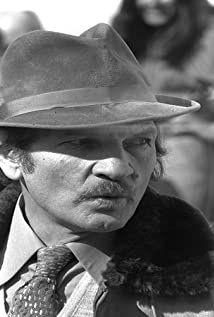 Born In Jerusalem Novenber 4th, 1929. Fourth generation Israeli. Educated at "Alliance" school of Jerusalem. In his teens studied at "Haohel" Theatre Studio. at the age of 15 joined the "Palmach" underground forces and participated in safeguarding the convoys to Jerusalem. Also fought at the "Palyam" (Palmach's Naval section), where he met Dan Ben-Amotz, who was very impressed with his comic talents, and appointed him to his friend Haim Heffer, founder of the "The Cheezbatron", the Palmach's entertainment troupe. Ophir was the first person asked to contribute his multi-talents to the band and became its undisputed star. Besides his many comic pieces, he became a musical performer, singing the band's first songs: "Dahilak Motke" with Naomi Polani, "Inyan Shel Offi" (A matter of character) with Rivka Kramer and "Ani Akiva". He met his first spouse, the singer Ohela Halevi at The Cheezbatron.Was invited by Marlene Dietrich to join her in creating a show. The great actress also designated him words of admiration in a book written by her. Life magazine defined him as standing in line with Marcel Marceau as one of the world's best mime artists.

Hole in the Moon