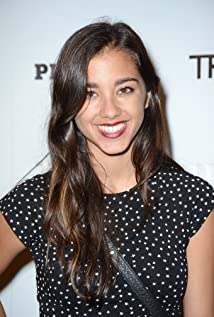 As though being tapped to portray the young Eva Mendes in Frank Miller's The Spirit wasn't enough to jump start her career, Seychelle Gabriel has gone on to several great roles in many high-profile projects. Born in Burbank, Calif., Gabriel embarked upon a performing arts career at a very early age. She was just three weeks old when she first appeared in the arms of Fred Savage in the classic series The Wonder Years. As she was growing up, she appeared in many commercials and print campaigns. She had several stints on The Tonight Show with Jay Leno, performing in skits with Leno. Along the way, she also appeared in independent projects, including the short film Welfare to Love and the educational documentary that exposed the misdeeds of the corrupt tobacco industry, Jeffrey Wigand's, Secrets Through the Smoke.Since her early teenage years, Gabriel's been committed to her voice, guitar, and piano training, including during her high school years at Burbank High School, where she competed with their highly ranked show choir, 'In Sync'. In 2011, she honed each of her skills with a semester at the London Academy of Music and Dramatic Arts (LAMDA). Additionally, Gabriel enjoys playing the harmonica in her spare time.In 2010, she appeared as Princess Yue in M. Night Shyamalan's adaptation of the The Last Airbender, with Jackson Rathbone and Dev Patel. Gabriel has continued her relationship with the franchise by lending her voice to the role of Asami in the Nickelodeon animated series Avatar: The Legend of Korra, a sequel to the wildly popular original series. Currently Gabriel can be seen on the hit TNT/Steven Spielberg series Falling Skies as "Lourdes", a young pre-med student who assists other medics throughout their convoy's fight against an alien invasion. Gabriel also had a multi-episode arc on Showtime's Weeds as Mary Louise-Parker's seductive stepdaughter, Adelita. She also guest starred in CBS' Miami Medical and starred in the dance flick, Honey 2, which released on DVD/Blu-ray in 2012.