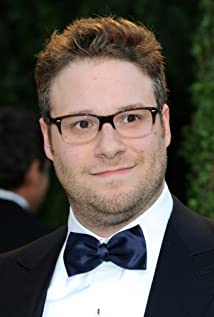 An actor, comedian and writer, Seth Rogen has come a long way from doing stand-up comedy as a teen.Rogen was born in Vancouver, British Columbia, to Sandy (Belogus), a social worker, and Mark Rogen, who worked for non-profits. His father is American-born and his mother is Canadian. He is of Russian Jewish descent. He attended Vancouver Talmud Torah Elementary School and Point Grey Secondary School (although he dropped out of high school to move to Los Angeles) and was known for the stand-up comedy he performed at Camp Miriam, a Habonim Dror camp. At sixteen, Rogen placed second in the 1998 Vancouver Amateur Comedy Contest.Soon after that he landed his first role in Judd Apatow's short-lived but well regarded TV series Freaks and Geeks (1999), taking on the role of Ken Miller. Though the show only lasted one season, it was the launching pad for many careers, including Rogen, Apatow, James Franco, and Jason Segel. This early work sharpened Rogen's keen improvisational skills, which he's used on many projects since.Following Freaks and Geeks (1999), he participated in a few unsuccessful television projects, and then joined the American television version of Da Ali G Show (2000) as a writer during its second and last season, along with his childhood friend and writing partner Evan Goldberg. The writing team received an Emmy nomination. As a huge fan of the first season, Rogen was thrilled to get the chance to work with Sacha Baron Cohen.Continuing his work with Apatow, he joined the cast of Apatow's debut film The 40-Year-Old Virgin (2005) and is credited as co-producer. After that he took the lead in Knocked Up (2007), Apatow's second movie and a huge success. He's since been a frequent collaborator with Apatow, in projects such as Superbad (2007), Pineapple Express (2008) and Funny People (2009). He co-wrote Superbad (2007), with Goldberg; the pair started the project when they were teens. They won the Canadian Comedy Award for Best Writing in a Film in 2008. They later wrote Pineapple Express (2008) and The Green Hornet (2011), also starring Rogen.A talented voice artist, Rogen is in the animated films Horton Hears a Who! (2008), Kung Fu Panda (2008), and Monsters vs. Aliens (2009), and has voiced characters for The Simpsons (1989) and American Dad! (2005).Rogen was named the Canadian Comedy Person of the Year by the Canadian Comedy Awards in both 2008 and 2009.Rogen lives in Los Angeles with Lauren Miller Rogen, whom he met in 2004. They became engaged in September 2010 and married in October 2011.