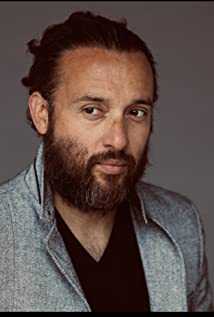 2021 is starting strong for Seth Michaels, after producing and starring in a TV pilot first week of January, Seth will also be filming the much anticipated Action/Drama film "Free Dead or Alive" in Texas for most of January and February. with over 10 projects on his slate not only as an actor but also as a producer, most of 2021 will keep him extremely occupied, while also juggling various projects from development stages to post production, including Narratives, Documentaries and book adaptations. With some projects on the pipeline towards the beginning of 2020, unfortunately they were put on hold for a later date, luckily towards the second half of the year, things picked up for Seth. Starring in 1 TV Pilot and 5 features, one of them being the highest budget to date action film "Red Notice" by Netflix alongside Dwayne Johnson, Ryan Reynolds and Gal Gadot. Also having 3 Features as a producer finding distribution and releases worldwide, Seth opened his own production Company, Benacus Entertainment, His goal is to keep making original content with homegrown talent and private equity from his many investors.When Seth is not on set working on a project or writing, you can find him in acting class, "Acting class is like a gym, actors must stay in shape by training and if you want to be the best, you must train with the best". Which explains why Seth has studied with the best, from World Renown acting teacher and Author Eric Morris to Milton Katselas Successor Jocelyn Jones. He has also Studied with Character Actor David Proval and top Casting Director Risa Bramon Garcia. Also Stephanie Feury, daughter of Legendary Acting Teachers Peggy Feury and William Trayler.His Television Credits include Doom Patrol, American Soul, a recurring role on CSI and co-starring on Nip/Tuck. Seth does Shakespeare's Romeo and Juliet at Casa di Giulietta every summer in Verona, Italy. He was nominated as Best Actor for "The Martyr" at the Method Film Festival that focuses only on acting, The Martyr went on to win the CINE Award of Excellence that year. He only spoke Hebrew and Arabic in the film. He also played a Mexican Federale on AFI's top film shot on 35mm called "Lucha" all in Spanish, leaving audiences at festivals completely silent for the heavy content and realism of the missing Women of Juarez. He has played everything from Israeli to Mexican, Brazilian, American, Argentinean, Italian, Middle Eastern, French, Egyptian due to his Ethnically Ambiguous appearance. Seth has over 100 Commercials under his belt as well, he has shot in different markets, Spanish, English, European, Asian and South American for Top Brand names like Nike, Adidas, AT&T, Verizon, Honda, Chevrolet, Budweiser, Modelo, IHOP, Wendy's, Etc...Seth was born in Orange County, California. He excelled at soccer, he went onto College on full scholarships, first to San Francisco State University and then San Diego State University. After his sophomore year he left college to play Professional soccer for Pumas UNAM in Mexico City. One of Seth's passions is traveling and meeting new people, he has traveled to 37 countries and counting. He is fluent in 4 languages, his native tongue English but also Italian, Spanish and Portuguese. He has been a Vegan for 20 years which leads him to donate part of his earnings to Charities like Hope For Paws and the ASPCA. He also donates to Harvest Home in Venice Beach, a place for single mothers who have nowhere to go, Seth Believes that a strong foundation to a child's development is a strong bond with their mothers, teaching children Kindness and Compassion, Harvest Homes provides shelter and food to mothers that have nowhere else to go. He has also volunteered for P.A.L. (Police Athletic League) in Hollywood, CA helping youth at risk.I am looking forward to keep making a difference through my work not only as a Filmmaker but as a human being, to give and help those less fortunate and to teach, invigorate, uplift, inspire the next generation of film makers. To collaborate with pioneers like Christopher Nolan, Alejandro Iñarritu and Steven Spielberg and also actors like Leonardo DiCaprio, Tom Hardy, Daniel Day Lewis and many more.

Who Is Killing the Cheerleaders?