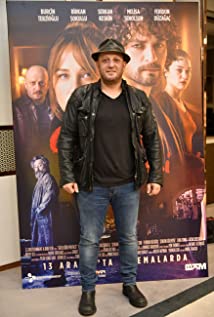 Keskin started his acting journey when he enrolled for theater classes in 1997, at the 'City of Izmit Theater Company', which was founded under Isil Kasapoglu's leadership. Alongside his studies as an actor, Keskin took on various roles in plays produced by the 'City of Izmit Theater Company', between 1998 and 2001. Upon deciding to further his studies in theater and acting, he moved to Istanbul and continued to study under Isil Kasapoglu, at 'Akademi Istanbul'. After completing his time as a student; alongside Isil Kasapoglu, Keskin became one of the founding members of 'Semaver Kumpanya', which was established in 2002. He was awarded with the '32nd Ismail Dumbullu Award' thanks to his contribution to and accomplishments in theater. Keskin continues his works with 'Semaver Kumpanya'. Keskin has also been active and very successful on the small screen. Appearing in a number of hit TV shows such as 'Hirsiz Polis', 'Bu Kalp Seni Unutur mu?', 'Deli Sarayli', 'Leyla ile Mecnun', 'Ben de Ozledim', 'Bes Kardes', and the recently shot internet series 'Masum' (first professional web-series in Turkey); Keskin has showed that his screen acting is up there with his stage performances. His performance as 'Ismail Abi', in the hit absurd comedy 'Leyla ile Mecnun', has allowed Keskin to reach out to a larger audience and gain widespread national fame. Keskin also formed a band with the director of the show, Onur Unlu, and fellow actors, Ali Atay and Osman Sonant, named 'Leyla the Band', bringing forward his passion and love for music. Appearing in more than thirty movies since the year 2004, Serkan Keskin has become a go to actor for a wide range of roles for some of the top directors in Turkey. His first movie appearance was in the Reha Erdem film, 'Korkuyorum Anne'. Within that same year, Keskin worked with director Yavuz Turgul, in the movie 'Gonul Yarasi'. He later got the chance to work with the legendary director, Zeki Okten, in his movie, 'Cinliler Geliyor'. Later, after portraying a character in the international multi award winning movie 'Sonbahar', which was directed by Ozcan Alper, he worked with director Aydin Bulut, in his movie, 'Baska Semtin Çocuklari'. Upon crossing paths with director Onur Unlu, and working together in his movie, 'Gunesin Oglu', the actor and director continued to work together in TV and cinema projects. These projects were: 'Leyla ile Mecnun', 'Bes Kardes', 'Sen Aydinlatirsin Geceyi', and 'Kirik Kalpler Bankasi'. With their next movie project together, 'Itirazim Var', Keskin won 'Best Actor' in the '51 Antalya Altin Portakal Festival', the '20 Sadri Alisik Cinema Awards', and the '33 Istanbul Film Festival', with his performance as 'Imam Selman Bulut'. Keskin also took home the 'Best Supporting Actor' award at the '21 Adana Altin Koza Festival' for his performance in the movie, 'Silsile'. Keskin won all these awards in the same year. Serkan Keskin has later portrayed a wide range of characters in movies such as; 'Pus', 'Vavien', 'Av Mevsimi', 'Takiye: Allah'in Yolunda', 'Unutma Beni', 'Eylul', 'Yeralti', 'Yabanci', 'F Tipi Film', 'Yok Artik', 'Limonata', 'Tereddut'. His most recent movies include 'Tatlim Tatlim', and the 2017 production, 'Ahlat Agaci', from master director, Nuri Bilge Ceylan.