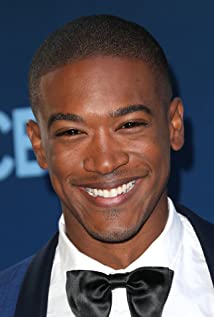 Sergio Harford made his network television regular debut opposite Oscar award winning actor Halle Berry in the highly anticipated CBS series "Extant". Coming off a very successful stint working in commercials and print campaigns, Harford is excited to be beginning his television and film career working with talent such as Berry and Steven Spielberg, who executive produced the series.A native of Bermuda, Harford moved to Columbia, South Carolina when he was 8 and it was there he began his career in the theatre, starting with middle school and high school productions and moving on to bigger local productions. Some of the shows included The Wiz, Stand & Deliver, Grease and Dreamgirls. When he eventually made his way to Los Angeles he soon saw himself working in national and global ad campaigns for brands like Tide Pods, Nissan, Pepsi, Nivea, Target, Sony, to name just a few.Harford is also writing a short film and a pilot with his writing partner. One of the organizations close to his heart is Boys & Girls Club of America which he was involved in as a youth, and even named as 2002 Youth of the year for them in Columbia, SC.