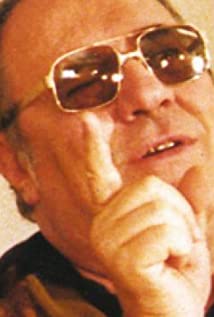 Sergio Corbucci was born on December 6, 1926, in Rome, Italy. He entered grade school with thoughts of becoming a businessman, but after earning a college degree in economics he took an abrupt detour into the world of cinema. Corbucci began his career as a film critic, first for the Italian film journal magazine "Schermi del Mondo" and later for the US Army newspaper "Stars and Stripes" during World War II.Corbucci made his directorial debut with Salvate mia figlia (1951) and quickly made a name for himself as a capable and efficient filmmaker. His ability to make large-scale action sequences with a minimal budget kept him in demand as an assistant director as well. It was on one such assignment, while filming with a second unit in Spain for friend and director Sergio Leone on The Last Days of Pompeii (1959), that Corbucci claims that the idea for the so-called "spaghetti western" was born. Seeing the landscape of Spain with its wild horses, extraordinary canyons and semi-desert landscapes--which looked a lot like Mexico or Texas--Corbucci suggested making an American Wild West-themed film in Spain. He then directed his first western in Spain just before Leone completed the ground-breaking A Fistful of Dollars (1964).Corbucci found early success in Italy by directing films in a number of different genres, as disparate as Totò, Peppino e... la dolce vita (1961)--a slapstick comedy spoof of Federico Fellini's box-office hit The Sweet Life (1960)--as well as Duel of the Titans (1961) (aka "Duel of the Titans") and Goliath and the Vampires (1961). He also wrote screenplays for a few seminal horror films, such as Castle of Blood (1964) starring Barbara Steele, which he also co-directed. However, it was his Massacre at Grand Canyon (1964) that began a new path to his career to direct more spaghetti westerns. "Massacre at Grand Canyon"--which Corbucci co-directed, under the pseudonym Stanley Corbett. with Albert Band--differed little from the American westerns of that time, but his subsequent films would set a new and bold standard for on-screen violence and establish him as one of the most influential Italian directors of the Spaghetti Western.Minnesota Clay (1964), starring Cameron Mitchell, was Corbucci's next film in the genre and and his first Spaghetti Western to be distributed in the US under the director's own name. It was a moderate success, but Corbucci's next Spaghetti Western would break box-office records worldwide and brand his name in Western history alongside Sergio Leone. "A Fistful of Dollars' may have sparked the international popularity of the Spaghetti Western, but Corbucci's Django (1966) brought an entirely new level of style to the genre. The ultra-violent masterpiece not only signaled a move toward an even grittier and more nihilistic brand of Western, but it picture established a lasting relationship between Corbucci and the film's star, Franco Nero.After the success of "Django", Corbucci embarked on a trail of directing more Italian Western films and quickly became one of the more prolific filmmakers in the genre. His subsequent Spaghetti Westerns, Ringo and His Golden Pistol (1966) (Johnny Oro), The Cruel Ones (1967) (Hellbenders) and Navajo Joe (1966) were filmed and released in quick succession to great success in Italy. His next Western was The Great Silence (1968), which referred to Django as an "anti-Western" with the hero moving through cold rather than heat and fighting in the mud and snow rather than sweat and dust. It starred Jean-Louis Trintignant as a mute gunslinger and Klaus Kinski as a sadistic bounty hunter. The innovative script, which was co-written by Corbucci, makes great use of mountain locations (it was filmed in northern Italy in the snow-covered area of Cortina), and showed Corbucci edging close to the new type of political Westerns he is best known for.His next Western film was The Mercenary (1968), which would began his semi-genre with what he called the "Zapata-Spaghetti Westerns" or proletarian fables, where the bad guys are on the right and the good guys are on the left. By setting the story in Mexico and fleshing out his characters with political awareness, Corbucci's intent became more clear and his left-wing political statements became more explicit. After directing the semi-successful The Specialists (1969), Corbucci re-teamed up with Franco Nero again with Companeros (1970), which was his last box-office success and stands as one of the most accomplished Spaghetti Westerns, with a combination of humor, pathos, comic book-style action, and political commentary.During the 1970s Corbucci made three more Spaghetti Westerns, but the popularity of the genre began to die out. Of the three, only Sonny and Jed (1972) stands out as one of the best in the late series genre Italian Westerns as a Bonnie & Clyde type fable. What Am I Doing in the Middle of a Revolution? (1972) is almost a parody of his Zapata-Spaghetti Westerns, while Shoot First... Ask Questio

Who Finds a Friend Finds a Treasure

Atrocious Tales of Love and Death