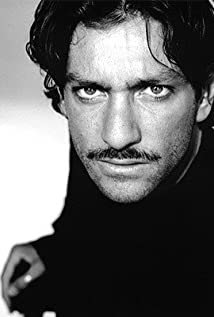 Sergio was born in Naples on Saturday, May 13, 1972. As a child he demonstrated an evident creative capacity that helped him overcome a childhood of economic difficulty. He began, by ... chance, to attend the theater academy at the Bellini theater in Naples, where he won a scholarship that the academy, ... by Tato Russo, gives at every three years. After only one year at the academy Livio Galassi offered Sergio a part in Moliere's George Dandin. At this point he performed in a series of theatrical pieces from the classic Napolitan comedies of Scarpetta to the Greek tragedies, from comedies of Goldoni to the Shakespearean tragedies, not to forget contemporary works. Sergio decided to temporarily leave theater in order to dedicate and investigate the world of cinema.. He was selected, for Lina Wertmuller Ferdinando e Carolina, after three years of auditioning. ... this, his first cinematic experience he was nominated for the prestigious Globo d'oro award as best male lead. Immediately after he acted in another film.