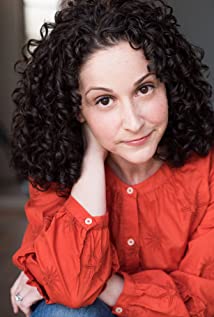 Senta has been in show business since she was six months old. She kicked off her career in Chicago with a diaper commercial showcasing her naked bottom. Senta must have done something right, as she has since appeared in more than one hundred national commercials...thankfully clothed. At the age of seven, she landed the role of "Molly" in the National Touring Company of Annie and racked up a whopping four hundred and eighty-seven performances all over the country. While pursuing her high school diploma at the Chicago Academy for the Arts, Senta co-starred in the blockbuster films, Home Alone and Home Alone 2, as "Tracy McCallister". After graduation at the age of sixteen, she migrated to LA to attend USC's School of Theatre, where she got her bachelors degree. Her most recent television credits include large recurring roles on MTV's Faking It and Nickelodeon's Bella & The Bulldogs. Senta has guest starred on numerous network and cable shows including Jane The Virgin, NCIS, Greek, Castle, The Mentalist, Rizzoli & Isles, The Ghost Whisperer, and Everybody Loves Raymond. She's incredibly proud of her work on the Emmy award-winning Beakman's World, as "Phoebe" the lab assistant, which is still in syndication all over the world. You can see her dubbed into Portuguese, it's true. Senta has appeared in the feature films Ten Years Later, Can't Hardly Wait, D.C. Cab, Boiler Maker, and Tequila Body Shots, just to name a few. Despite her continuous work in the entertainment industry, most of Senta's fans know her best from the ABC drama, My So-Called Life, in which she played Brian Krakow's love interest, "Delia". She is an alumna of The Second City and you can check her out on twitter: sentamosesmikan.