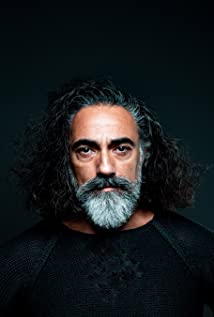 Selim Bayraktar (born 17 June 1975) is an Iraqi-Turkish actor best known for his role as "Sumbul Aga" in Muhtesem Yüzyil. He received international recognition with his role in the Netflix original series Rise of Empires: Ottoman.Bayraktar was born in Kirkuk, Iraq, in 1975, into a family of Iraqi Turkmen origin. As a child he began performing in gymnastic competitions. During the final days of the Iran-Iraq War, a body double of Sadam Hussein visited Bayraktar's schools in order to recruit boys into the army; when Bayraktar was chosen to serve in the army his family decided to smuggle him into Turkey. He started working at the Turkish State Theatre after graduating from Hacettepe University in 2000.