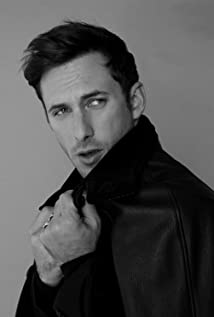 Sebastian Zurita is the Creator, Director, Executive Producer and Star of "How to Survive Being Single" - Amazon's Original first worldwide scripted Spanish comedy. Born in Mexico city, Sebastian moved to Miami at the age of 16. A few years later after Graduating in international business with a minor in economics, Sebastian decided to move to LA to continue his studies in the Lee Strasberg Theater and Film Institute where he studied for nearly two years after finishing his first feature film, Angel Caido. He not only stared in the film but also co-produced it, marking the beginning of a promising career. After Studying with Susan Batson in New York, he was called by Televisa networks to star in his first Main role in Mexican telenovelas. His first work, "En Nombre del Amor", earned him the award for best actor; the telenovela became the number one soap opera seen around the world. Right after that, he moved up to prime time with "Corazon Salvaje". His quick growth earned him numerous awards and led him to become a household name in the Latin market, taking him to co-host numerous events including fashion fest with Alessandra Ambrosio. Eager to achieve more, he jumped into theater and film; he was casted as the lead in legendary director Felipe's Cazals' "Ciudadano Buelna ", which earned him the best film actor of the year award: La Diosa de Plata. Soon after that, Sebastian was casted in Manolo Caro's play "Cama Para Dos"; after achieving great success and creating a great public impression, he was offered to start in "Amor de Mis Amores" (the second feature of Manolo Caro) and Gustavo Moheno's "Eddie Reynolds y Los Angeles de Acero". Sebastian was part of five different projects in one year, which included two films, one series, one play, and a hit soap opera for Telemundo that broke all audience records in the past 8 years. Left unsatisfied with his work as an actor, Sebastian decided to immerse himself in his university career and open his own company, Addiction House, which is now a holding company for his current number of four franchise restaurants (The Melting Pot) going on its fifth year. He is also the owner of the two most important nightclubs in Mexico City, Janis and Dinsmoor. His production company has developed four feature films, including his first international work "I Was There", Shot entirely in New York City; the film has been presented in Cannes and is now doing a festival route. In 2015 Sebastian became the new face for Calvin Klein. His past three films became the top box office hits for Mexican cinema, staying in the top 5 for Mexican films in 2017. These include "Tres Idiotas", "Como Cortar a tu Patan", and Issa lopez's "Todo Mal". The same year he produced and directed "Class Enemy" by Nigel Williams, the first play Addiction House produced in Mexico. His upcoming projects include a musical created and written by him and his brother Emiliano Zurita and co-produced by Tony award winner Chet Walker with the music of "Jarabe de Palo" and two tv series one with Sony Pictures and the other with Amazon Prime, all created, written, directed, produced and acted by him and his brother. Working in hand with British multi award winner Shaun McKenna they are now adapting their latest play "Thinking Too Loud!" For the London stage. The opening of his latest film "Si Yo Fuera Tu" from Alejandro Lubezki was received with great success marking it as his fifth film to open in the top five in Mexico and his latest show to star in "El Juego De Las Llaves" has become a staple show for Amazon Prime and the all time number one show for Pantaya in the US. You can also see him on his debut role in the United States in the show called " The Oath".

How to Survive Being Single