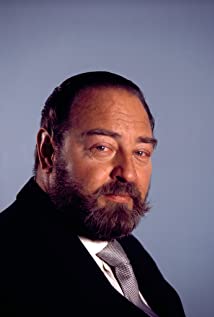 Sebastian Cabot was an English actor, often working as a voice actor in animation.On 6 July, 1918, Cabot was born in London. He dropped out of school in 1932, to work in an automotive garage. He was eventually hired as both a chauffeur and a valet for actor Frank Pettingell (1891-1966). He learned to speak smoothly to fit his new profession, and became acquainted with several actors.Cabot became interested in starting an acting career of his own, and started appearing regularly in theatre. His film debut was the gambling-themed comedy film "Foreign Affaires " (1935), where he was an uncredited extra. His first credited role was in the spy film "Secret Agent" (1936).Cabot primarily worked in his native United Kingdom until the 1950s, when he moved to the United States. There he had roles in such films as "Westward Ho, the Wagons! " (1956), "Johnny Tremain" (1957), and "The Time Machine" (1960).Cabot appeared mostly in guest star roles in television throughout the 1960s. His first major role in the medium was that of college professor Dr. Carl Hyatt in the detective television series "Checkmate" (1960-1962). Hyatt was depicted as a member of a detective agency which works to prevent crimes before they can take place. The series lasted for 70 episodes.His voice acting credits started in radio, before he became a regular voice actor for the Disney studio. He voiced Sir Ector (King Arthur's adoptive father) in "The Sword in the Stone" (1963) and Baghreera the black panther (one of Mowgli's mentors) in "The Jungle Book". He was the original narrator of the Winnie the Pooh film series, serving in this role in "Winnie the Pooh and the Honey Tree" (1966), "Winnie the Pooh and the Blustery Day" (1968), "Winnie the Pooh and Tigger Too" (1974), and "The Many Adventures of Winnie the Pooh" (1977).Cabot had another major television role as traditional "gentleman's gentleman" (valet) Giles French in the sitcom "Family Affair" (1966-1971). The series lasted for 138 episodes, and several members of the cast were nominated for Emmy Awards. Cabot himself was nominated for a 1968 Emmy Award for "Outstanding Continued Performance by an Actor in a Leading Role in a Comedy Series". The award was instead won by rival actor Don Adams (1923-2005).Cabot's next significant television role was that of hotel owner Winston Essex, the host of the anthology horror television series "Ghost Story" (1972-1973). His last notable live-action roles were in two television films. He played Kris Kringle in "Miracle on 34th Street" (1973), and appeared in "The City That Forgot About Christmas" (1974).Cabot survived his first stroke in 1974, and then mostly retired for show business. He lived his final years in Deep Cove, British Columbia, a suburb of Victoria. In 1977, he was hospitalized following a second stroke. He never recovered, dying in the Victoria hospital. He was 59 years old. He was cremated, and his ashes were buried in Westwood Village Memorial Park Cemetery in Los Angeles.

The Many Adventures of Winnie the Pooh

Winnie the Pooh and Tigger Too

Winnie the Pooh and the Honey Tree

The Sword in the Stone