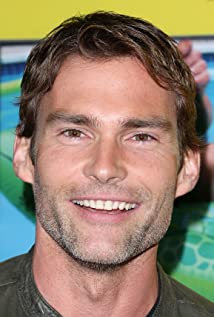 Seann William Scott was born in Cottage Grove, Minnesota, to Patricia Anne (Simons) and William Frank Scott, a factory worker. He was discovered at a talent competition in Los Angeles, and almost immediately was flown to New York by ABC to test for All My Children (1970). His face has also been seen from his basketball-playing appearance on a national Sunny Delight commercial and the recent American Express campaign with Magic Johnson.Seann was also seen on Something So Right (1996) for ABC. Seann shot a lead role in Aerosmith's music video, "Hole in My Soul" from the "Nine Lives" CD. Previously, Seann has worked with Mark-Paul Gosselaar (of Saved by the Bell (1989)) and Talia Shire (Rocky (1976)) on the NBC movie of the week, Born Into Exile (1997), and has had a recurring role in the Warner Brothers TV series, Unhappily Ever After (1995), as well as appearing on Sweet Valley High (1994).

The Burn with Jeff Ross