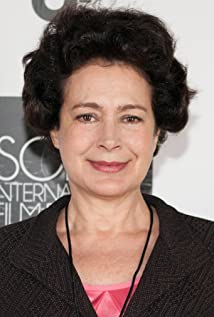 Mary Sean Young was born on November 20, 1959 in Louisville, Kentucky. She is the daughter of Lee Guthrie (née Mary Lee Kane), an Emmy-nominated producer, screenwriter, public relations executive, and journalist, and Donald Young, Jr., an Emmy award winning television news producer and journalist. She has Irish, English, and Swiss-German ancestry. She grew up with an older brother Donald Young III and a sister Cathleen Young in Cleveland, Ohio. She attended Cleveland Heights High School, and then transferred to and graduated from Interlochen Arts Academy. A trained dancer, she studied at the School of American Ballet in New York City, and did some modeling. Sean Young began a promising film career by acting in a Merchant-Ivory film Jane Austen in Manhattan (1980) for Academy Award winning director James Ivory, She followed that up in the comedy hit film Stripes (1981) for Academy Award nominated producer-director Ivan Reitman. Soon, important directors were casting her in their films, such as Garry Marshall in Young Doctors in Love (1982), Academy Award nominee David Lynch in Dune (1984), and Academy Award nominee Ridley Scott in Blade Runner (1982) in what is her most respected film. 1987 was a big year for her, since she appeared in two big movies. Academy Award winner Oliver Stone cast her in the hit film Wall Street (1987). However, her other hit film No Way Out (1987), which involved a famous steamy scene in the backseat of a limousine with Kevin Costner, gave her star status. She was at the height of her fame, which led to her being cast as Vicky Vale in Batman (1989). She had an accident while she was training for the film. As a result, she lost the role to Kim Basinger for what turned out to be the biggest hit of 1989. Young put on a brave face and gamely moved on to do comedies Fatal Instinct (1993) for director Carl Reiner, and Ace Ventura: Pet Detective (1994), the latter's box office success made Jim Carrey a star, who immediately landed the role of the Riddler in the Batman sequel. Mary Sean Young is living in Austin, Texas. She created a new business venture called Austin Film Tours. It is Austin's first and only film location tour.

Leaves of the Tree

My Trip Back to the Dark Side