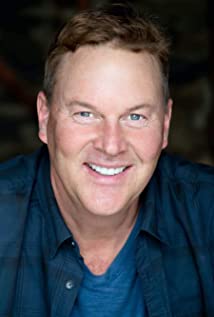 Originally from Kentucky, Sean O'Bryan moved to Los Angeles over ten years ago and has worked extensively in film and TV. Some major key TV guest appearances include Chicago Hope, Beverly Hills 90210, and Felicity. Sean has done several major films including, Phenomenon (1996), Exit to Eden (1994), The Princess Diaries (2001), and Frankie and Johnny (1991). Not only has he focused on working in front of the camera, he's also done several theatrical performances, including: The Lisbon Traviata, It's Only a Play, Money and Friends et al.In 1995, Sean married Samantha Follows (sister to Megan Follows - star of Anne of Green Gables) and they currently have two children. In 2001, Sean joined the entire Follows family to perform in Noel Coward's "Hay Fever" at the Gravenhurst Opera House in Gravenhurst, Ontario, Canada. As all the Follows are Canadian, Sean was the only American on stage in this British play; however, his character was the only American character so he had it made!Sean can be seen in the new kids flick, Big Fat Liar (2002) starring Frankie Muniz.