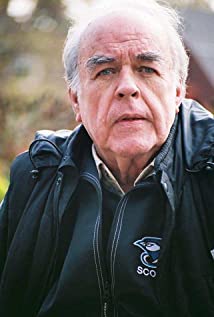 With over 35 years of experience in film, television and theatre - not to mention parallel lives as a baseball scout, history buff and public speaker - Sean McCann is a bonafide, if somewhat reluctant, Canadian icon. The diffidence is due to the actor's innate humility, a tendency toward self-deprecation rather than self-aggrandisement, which, depending on your own personal point of view, is a blessing or a curse. For McCann, it's a bit of both. He has appeared in more than 150 feature films, cable television movies, television series and mini-series, qualifying his career as something of an oeuvre. In fact, he was honoured with the prestigious Earl Grey Award at the 1989 Gemini's, celebrating his entire body of work in television. This, more than 5 years before some of his most acclaimed undertakings. McCann can be seen in The Law of Enclosures, with Sarah Polley and Diane Ladd. He has appeared with Meryl Streep (First Do No Harm), Nick Nolte (Affliction) and Chris Farley (Tommy Boy). He's shared screen time with Brenda Fricker and Miranda Richardson in Swann (for which McCann received a Best Performance by an Actor in a Supporting Role Genie nomination), Nicolas Cage in Trapped in Paradise, Kevin Bacon in The Air Up There, Sam Waterston in A House Divided, Peter Weller and Judy Davis in Naked Lunch (which garnered a National Film Critics Society award), Brooke Shields and the late Al Waxman in What Makes A Family, to name just a few. Over the years, McCann has been awarded considerable recognition from his peers. In 1999, he won a Gemini for Best Guest Actor in a Series for Power Play. In a testament to his chameleon acting talents, McCann was twice nominated for a Gemini award for Best Performance in a Pre-School Series, for 1999's beloved Noddy. McCann was singled out at the 1987 Gemini Awards with a Best Supporting Actor nomination for his recurring role in Night Heat. McCann also starred in Robert Lepage's Genie-award winning Possible Worlds, and appeared in the Golden Globe-nominated Small Sacrifices with Farrah Fawcett. In addition, McCann has worked with such legendary directors as Sidney Lumet, Ken Russel, David Green, Paul Schraeder and David Cronenberg. In 1988, he took on a role he speaks of most fondly - Prime Minister William Lyon Mackenzie King in The King Chronicle. Directed by the renowned Canadian documentarian Donald Brittain, the mini-series was a 6-hour CBC and NFB co-production that aired to great popular and critical acclaim. One year later, McCann was to join the ranks of such celebrated performers as Lorne Green, Kate Reid and Gordon Pinsent, when he won the Earl Grey Award. McCann has always had a craving for diversity. He began his adult life with a singular devoutness uncommon to actors of his peer group, studying at St. Peter's Seminary in London, Ontario to prepare himself for the priesthood. But McCann's passions run wide and his gifts just as deep. As a student of history, politics and poetry, he has a library of well over 800 volumes of literature and letters devoted to both the high arts and popular culture. McCann indulges his not-so-secret love of baseball as an Associate Scout for the Toronto Blue Jays, speaks often about baseball to professional organisations, and was recently named to the Board of Directors of the Canadian Baseball Hall of Fame. McCann has a unique civic-mindedness as well. He ran against one of the most recognizable figures on the Canadian political landscape, Roy McMurtry, in Ontario's 1979 provincial election. His showing in that race (he lost) confirmed acting as his primary metier, but did nothing to dampen his conviction that politicians and political institutions are accountable to the masses.

The Being Frank Show

The Wives He Forgot