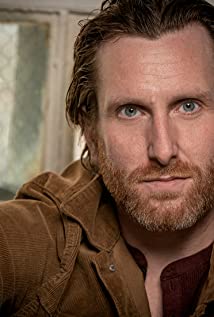 Sean Cowhig is an actor, writer, producer, and improviser living in Los Angeles. He's one of the founding members of the comedy group Dr. God, a staple of the LA improv scene. He worked as one of the writers and played Jerry the Janitor in their first feature film, Bloodsucking Bastards. He appeared on several episodes of Dr. God's MOCKpocalypse on AXS TV and is an Executive Producer and a Series Regular on their animated series Hell Den on SYFY.Sean has performed thousands of live shows in Los Angeles, San Francisco, Boston, Providence, Austin, Phoenix, and even across the border in Montreal. He can be found on the stage of The Pack Theater monthly in the heart of Hollywood with Dr. God, as well as veteran super-group EST, or in numerous other shows in other theaters in Los Angeles's thriving indie improv scene.He is a graduate of Emerson College in Massachusetts, a born and bred Bostonian who will do the accent when requested. Sean also teaches acting in Los Angeles at The Art of Acting Studio, a Los Angeles Stella Adler branch, and he'd like you to know that was really great work, but let's try it again with a different choice.