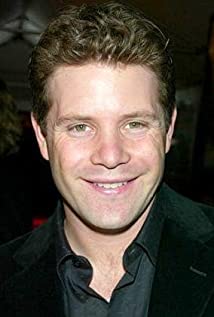 Sean Patrick Astin (né Duke; February 25, 1971) is an American actor, voice actor, screenwriter, director, producer, family man, author, marathon runner, political activist and philanthropist who is well known for his film debut portraying Mikey in Steven Spielberg's The Goonies (1985), for playing the title role in the critically acclaimed Rudy (1993), and for his role as the beloved Sam Gamgee in the Academy Award winning trilogy, The Lord of the Rings: The Fellowship of the Ring (2001), The Lord of the Rings: The Two Towers (2002), and The Lord of the Rings: The Return of the King (2003).Astin was born Sean Patrick Duke on February 25, 1971 in Santa Monica, California. His mother was actress Patty Duke. At the time of his birth, his biological father was believed to be entertainer Desi Arnaz Jr., but Astin discovered through a DNA test in the 1990s that his biological father is music promoter Michael Tell, who was married to Patty Duke in 1970. Sean was raised by his stepfather, actor John Astin, who married Patty Duke in 1972 and whose surname Sean took. Sean's mother was of Irish and more distant German ancestry, and Sean's biological father is of Austrian Jewish and Polish Jewish descent.At age nine, Sean starred with his mother in the after-school special Please Don't Hit Me, Mom (1981). Followed by Sean's feature debut The Goonies (1985) and since then, he has had a steady stream of roles. Starring in Toy Soldiers (1991), Where the Day Takes You (1992), Rudy (1993) and Harrison Bergeron (1995). He directed and co-produced the short film Kangaroo Court (1994), which was nominated in the best short film category at The 67th Annual Academy Awards (1995). Sean's adoptive father John Astin was nominated for the same award in 1969.Sean experienced another career breakthrough with his role as the epitome of loyal sidekicks, Samwise Gamgee, in Peter Jackson's "The Lord of the Rings" trilogy, released in 2001, 2002 and 2003. Along with the many awards bestowed upon the trilogy (particularly its final installment The Return of the King), Sean received nominations for his own performance. He took home the Saturn Award for Best Supporting Actor, and awards from the Las Vegas Film Critics Society, the Seattle Film Critics, the Utah Film Critics Association, and the Phoenix Film Critics Society. As an ensemble, the Return of the King cast received awards from the National Board of Review of Motion Pictures and the Screen Actors Guild. In 2004, Sean authored the NY Times best seller "There and Back Again: An Actor's Tale," chronicling his acting career with emphasis on his experiences filming the Lord of the Rings trilogy.Sean has been a long-distance runner since his teens. His marathons include the 2014 Marine Corps Marathon in Washington, DC, where he had the honor of officially starting the race, the 2015 Boston Marathon as a member of charity fund-raising team MR8, and the New York City Marathon in 2016. He has done numerous half marathons and countless 5Ks, 10Ks, and races of other distances. He successfully completed the Ironman World Championship Triathlon in Kona, Hawaii, in October 2015; the grueling event consisted of a 2.4 mile open ocean swim, a 112 mile bike race and a 26.2 mile marathon.In 2012, while training for the LA Marathon, he began a Twitter campaign using #Run3rd, a way to dedicate his runs to causes and ideas that mattered not just to him, but to others. The principle of #Run3rd is that Sean runs first for himself, since running is ultimately a solitary act, second for his ever-patient and supportive family, and third for others. #Run3rd has grown to include a team of runners, walkers, and others who dedicate their activities to the causes of others. A $25,000 grant from the Ironman Foundation will allow the charity to fund after school running programs for children in under-served school districts. More information on #Run3rd, including sponsored 5Ks, is available at run3rd.com.Sean has served as a philanthropist on the board of several non-profit organizations, including the Creative Coalition, National Center for Family Literacy, and Los Angeles Valley College's Patrons Association and Arts Council. He is a vocal advocate on many issues including literacy, mental health awareness and civic engagement. After the passing of his mother in late March 2016, Sean began fund-raising to create a foundation to carry on her life's work as an advocate for mental healthPolitically, Sean has been very active having served in two non-partisan Presidential appointments. Sean also hosts a live weekly 2 hour in-studio bi-partisan political radio talk show, 'Vox Populi Radio' which was made possible by a successful crowdfunding campaign in 2013. In 2004, Sean broke into the publishing world and authored the NY Times Best Selling release of There and Back Again a memoir of his film career (co-written with Joe Layden).In addition to acting in live action films and television, Sean is also an accomplished v

The Epic Tales of Captain Underpants