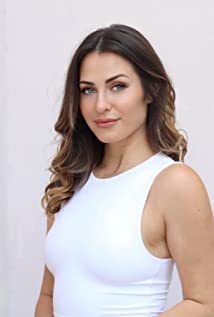 Scout Taylor-Compton began acting with a featured role in the A.F.I. film A.W.O.L (2006) starring David Morse. Since then, her performances in seven independent films, over fifteen student films, and three music videos formed a firm foundation that led to her leading role in MGM's Sleepover (2004). Joe Nussbaum the director of George Lucas in Love (1999) also directed the teenage adventure film, which also stars Alexa PenaVega and Mika Boorem.Just prior to Sleepover, Scout completed a role in Jennifer Garner's film 13 Going on 30 (2004). She can also be seen in the Hallmark movie Audrey's Rain (2003), the film 7 Songs (2003) , with Chris Eigeman , and the Power Up Film Chicken Night (2001), in which Scout, displaying another facet of her talent, sings the theme song.On the small screen, in 2003 Scout landed her first series pilot role in Class Actions (2004) the hour-long legal drama for Lifetime Television also starring Diane Venora, who plays Scout's mother in the series. In 2004 Scout booked a leading role in the new Bravo Series, Hidden Howie: The Private Life of a Public Nuisance (2005), starring Howie Mandel.Currently she is awaiting the Network's decision on the pick-up of her most recent pilot booking, Disney's "That's So Raven Spin-Off," where she plays the series regular role of Lauren, big sister of Alyson Stoner.Other television guest credits include recurring roles on Unfabulous (2004), The Guardian (2001), Charmed (1998), and Gilmore Girls (2000) plus appearances on Cold Case (2003), The Division (2001), The Lyon's Den (2003), ER (1994), Ally McBeal (1997), an upcoming episode of That's So Raven (2003) and several stints on The Tonight Show with Jay Leno (1992). She was nominated in 2004 for a Young Artist Award for her work on "Gilmore Girls," and was again nominated in 2005 for her lead role in "Sleepover" and recurring role on CBS's "The Guardian."Scout's voice-over credits include a recent looping for Disney's Sky High (2005) starring Kurt Russell and Kelly Preston. Other voice over credits include two films with Academy Award winning actors including The Core (2003), starring Hilary Swank, and I Am Sam (2001), starring Sean Penn, as well as work in the film The Princess Diaries 2: Royal Engagement (2004). Scout was also the narrator for Chicken Night (2001). On stage she has played the title roles in the musicals Annie/Annie Warbucks and the drama Anne Frank.Recently Scout flew to New Jersey where she filmed a leading role in the feature film titled Tomorrow Is Today (2006). Currently Scout is in the studio, avidly working on her first album, and in August will be shooting a film for with Allan Kayser, who played Bubba on Mama's Family (1983).She continues her training in acting, dance, and voice with top coaches, currently recording her first rock album. She also participates in charity projects for disabled and disadvantaged children as a Celebrity Youth Member of Kids With a Cause. Her hobbies and interests include writing songs, playing drums, surfing, and hanging out with her friends. As if that were not enough to keep her busy, Scout hopes to soon acquire a monkey, and a Chihuahua.