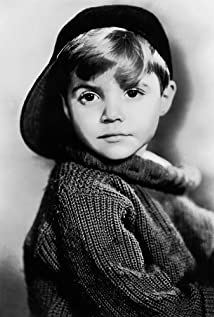 Scotty Beckett was one of the cutest, most successful child actors of the 1930s and 1940s. His descent into a life of alcoholism, drugs, and crime remains one of the most tragic of Hollywood stories.Born Scott Hastings Beckett on October 4, 1929, in Oakland, California, he and his family moved to Los Angeles when Scotty was 3 years old. Shortly after arriving in LA, Beckett's father was hospitalized and Scotty would frequently entertain his dad by singing songs. During one such visit, a Hollywood casting director happened to notice the cherubic youngster and told his parents he had movie potential. Scotty made his debut in Gallant Lady (1933) starring Clive Brook and Ann Harding. Scotty played a boy of three in the film, and Dickie Moore played the same character at the age of six. It was the first of several connections between the two child stars. The next year, he filled the hole vacated by Moore in Our Gang, and they later appeared in Heaven Can Wait (1943), portraying Don Ameche's character as a child. He and Moore finally appeared together in Dangerous Years (1947), which was Marilyn Monroe's screen debut.Scotty appeared in fifteen Our Gang shorts in two years. Hal Roach noted a resemblance to Jackie Coogan and dressed Beckett accordingly, with an oversized cap and turtleneck sweater reminiscent of Coogan's outfit in The Kid (1921). He was paired with Spanky McFarland as a kind of partnership within the gang, and their sideline observations and wisecracks highlighted the series from 1934 until 1936, just as Porky and Buckwheat sparked the one-reelers from 1936 on.After leaving Our Gang, Beckett emerged as one of the top child stars of his era, appearing in many films with the top stars of the late '30s and early '40s. Among his major credits were Dante's Inferno (1935) with Spencer Tracy, Anthony Adverse (1936) with Fredric March, The Charge of the Light Brigade (1936) with Errol Flynn, Conquest (1937) with Greta Garbo, Marie Antoinette (1938) with Norma Shearer, My Favorite Wife (1940) with Cary Grant, and Kings Row (1942) with Claude Rains.In 1943 Scotty began attending Los Angeles High School and was named treasurer of his freshman class. He also appeared on Broadway that same year in the play "Slightly Married", receiving the only favorable notices of the production, and also played Junior in the hit radio show "The Life of Riley". Adolescence did not slow down his film career, as Scotty continued to win roles in such movies as My Reputation (1946) with Barbara Stanwyck and, most notably, The Jolson Story (1946), wherein he played the young Al Jolson.He enrolled at USC but dropped out when he began receiving more offers from MGM, beginning with Cynthia (1947) with Elizabeth Taylor, A Date with Judy (1948), again with Taylor and Jane Powell (the future Mrs. Dickie Moore), Battleground (1949) with Van Johnson, Nancy Goes to Rio (1950), again with Powell, and The Happy Years (1950) with fellow child stars Dean Stockwell and Darryl Hickman.At around the same time, Scotty began to gain notoriety for his nocturnal activities. Part of the young Hollywood set, Beckett was a fixture at parties and would frequently be seen with young stars like Roddy McDowall, Jane Powell, Elizabeth Taylor, and Edith Fellows. His nightlife seemed to become more of a priority than his burgeoning acting career, and it started a trend of reckless, irresponsible behavior which plagued Beckett the rest of his life. Early success without any sacrifice often breeds a sense of entitlement and a lack of responsibility or consequence. This seems to be an overriding theme as Beckett began making headlines most Hollywood stars try to avoid.In 1948 he was arrested for drunk driving after he crashed into another car after attending a frat party where he had "five bourbons". Scotty tried to run from the booking office after being arrested and refused to surrender his possessions. In September of 1949, he eloped with tennis star Beverly Baker. Right from the start, Scotty showed signs that he was not ready for marriage. On their honeymoon in Acapulco, Beckett allegedly threatened to punch a pool bystander in the nose. The couple separated after 5 months of marriage, divorcing in June of 1950. Newspapers covered the divorce, citing Baker's allegations of Beckett's jealousy and controlling, abusive behavior. Scotty tried to get Baker to quit tennis and stop seeing her parents. He also warned her never to have a soft drink "with any boy or man between 6 and 60."In 1951, Becket met actress Sunny Vickers. Shortly after they began dating , Vickers became pregnant. They married in Phoenix on June 27, 1951, and five months later Scott Hastings Beckett, Jr. was born. The bad publicity of the divorce from Baker plus the forced marriage to Vickers in the conservative 1950s immediately made Beckett a Hollywood outcast. Between 1952 and 1954, Scotty only landed two roles, in relatively minor films, You're Only Young Twice (1952) and Hot News (1953). He

The High and the Mighty

Silver Needle in the Sky

Any Number Can Play

A Date with Judy