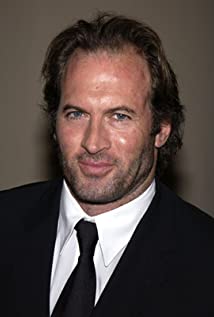 An accomplished actor in film, television and theater, Scott Patterson is well known to television audience from his seven seasons as diner owner Luke Danes in the hit series "Gilmore Girls."Patterson now brings his many talents to the network's new comedy "Aliens In America," playing Gary Tolchuk, the aspiring entrepreneur dad of a Wisconsin family whose lives are turned upside down by the arrival of a Pakistani Muslim exchange student.Patterson, born in Philadelphia and raised in New Jersey, attended Rutgers University and pursued a degree in comparative literature. He studied acting in New York with renowned coaches Robert Lewis and Sondra Lee and observed Paul Newman, Arthur Penn and Frank Corsaro at The Actors Studio, where he appeared in numerous productions. The theater company he founded in 1988 in New York City, Arc Light, produced the works of John Bishop, Sam Shepherd, Harold Pinter and Shakespeare.Patterson recently completed filming on the upcoming horror feature "Saw IV." He appeared on the big screen in "Her Best Move," "Little Big League," "Three Wishes," "Highway 395" and "Rhapsody in Bloom."On television, in addition to his memorable role as Luke on "Gilmore Girls," Patterson appeared on "Seinfeld," "Will & Grace," "It's Like, You Know" and "Fired Up." He has also guest starred on "Arli$$" and "Get Real," and voiced the character of Lieutenant Farraday in the 2004 animated series "Justice League Unlimited," from Warner Bros. Animation.Patterson writes music and paints in his spare time. His gallery show of completed works will be announced in early 2008.Patterson also collects art, artifacts and rare writings. His prehistoric petrified baby frog collection is on loan to the Louvre in Paris through 2010.Patterson currently resides in Los Angeles.

Love at the Christmas Table