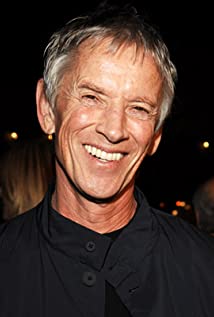 Scott Glenn was born January 26, 1939, in Pittsburgh, Pennsylvania, to Hope Elizabeth and Theodore Glenn, a salesman. As he grew up in Appalachia, his health was poor; he was bedridden for a year and doctors predicted he would limp for the rest of his life. During long periods of illness, Glenn was reading a lot and "dreaming of becoming Lord Byron". He challenged his illness by intense training programs and eventually got rid of his limp.After graduating high school, Glenn entered William and Mary College where he majored in English. He spent three years in the Marines and then tried to combine his passion for storytelling with his passion for adventures by working for five months as a criminal reporter at the Kenosha Evening News. Glenn planned to become an author but found out he had "problems with dialogues", so he decided to overcome it by studying acting. In 1966, he headed to New York where he joined George Morrison acting class. He helped in directing student plays to pay for his studies and appeared onstage in La MaMa Experimental Theatre Club productions. Soon after arriving in New York, Glenn became a fan of martial arts. In 1968, he joined The Actors Studio and began working in professional theater and TV. In 1970, James Bridges offered him his first movie work in The Baby Maker (1970).Glenn left for L.A., where he spent seven of the "most miserable years of [his] life". He couldn't find interesting film roles and, doing brief TV stints, he felt "like a person who had to paint the Sistine Chapel with a house-painter's brush". On a brighter side, he worked episodically with Jonathan Demme (Angels Hard as They Come (1971), Fighting Mad (1976)), Robert Altman (Nashville (1975)) and Francis Ford Coppola (Apocalypse Now (1979)). In 1978, Glenn got tired of Hollywood and moved his family to Ketchum, Idaho, where he worked as a barman, huntsman and mountain ranger for two years (occasionally acting in Seattle stage productions). James Bridges once more changed the course of Glenn's life in 1980 when he offered him the role of John Travolta's rival in Urban Cowboy (1980) and made him a star. Glenn's acting abilities and physical presence helped him to excel both in action (Silverado (1985), The Challenge (1982)) and drama (The Right Stuff (1983), Countdown to Looking Glass (1984), The River (1984)) as he alternately played good guys and bad guys.In the beginning of the '90s, his career was at its peak - he appeared in such indisputable masterpieces as The Silence of the Lambs (1991), and The Hunt for Red October (1990). Established as one of Hollywood's most solid and respected character actors he has appeared in a wide variety of films, such as the black Freudian farce Reckless (1995), the tragicomedy Edie & Pen (1996) and Ken Loach's socio-political declaration Carla's Song (1996), alternating mainstream (Courage Under Fire (1996), Absolute Power (1997)) with independent projects (Lesser Prophets (1997) and Larga distancia (1997)), written by his daughter Dakota Glenn), and TV (Naked City: A Killer Christmas (1998)). Continuing into the 21st century, Glenn has also appeared in Training Day (2001), W. (2008) (as Donald Rumsfeld), Secretariat (2010), Sucker Punch (2011), The Paperboy (2012), and two of the Bourne films: The Bourne Ultimatum (2007) and The Bourne Legacy (2012).

Urban Cowboy: The Rise and Fall of Gilley's