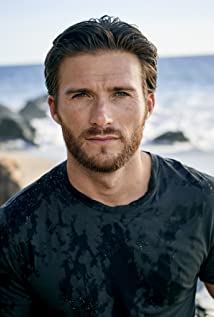 Scott Eastwood is an American actor and model. He was born Scott Clinton Reeves in Carmel, Monterey County, California, to Jacelyn Ann Reeves, a flight attendant, and Clint Eastwood, an actor and director. He grew up in Hawaii. Scott has a younger sister, Kathryn Eastwood, and several half-siblings.Scott made his film debut in Flags of Our Fathers (2006), directed by his father, and has also appeared in the film Gran Torino (2008). He has since co-starred in the sports drama Invictus (2009), as union rugby player Joel Stransky. Eastwood played the lead role in Enter Nowhere (2011), appeared in the dramas The Forger (2012) and Trouble with the Curve (2012), and the horror sequel Texas Chainsaw (2013), as Deputy Hartman. He had a supporting role in David Ayer's war action film Fury (2014), as Sergeant Miles, and in the drama The Perfect Wave (2014), appeared in the 2015 music video for Taylor Swift's "Wildest Dreams," and starred alongside Britt Robertson in the film adaptation of Nicholas Sparks' novel The Longest Ride (2015).Eastwood appeared in the drama Mercury Plains (2016), and played Lieutenant GQ Edwards in the film Suicide Squad (2016), an adaptation of the DC Comics series. The same year, he starred alongside Joseph Gordon-Levitt and Shailene Woodley in the biographical drama film Snowden (2016), directed by Oliver Stone. He appeared in the comedy Walk of Fame (2017), played a special agent in the action film The Fate of the Furious (2017), and starred in Overdrive (2017), a thriller film which was shot in Paris and Marseille. He starred as Nate Lambert in the science fiction follow-up Pacific Rim: Uprising (2018).

The Bachelor with Dogs and Scott Eastwood