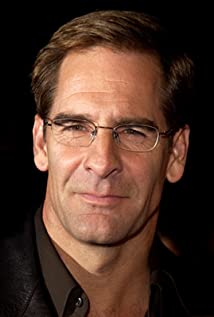 Scott Stewart Bakula was born on October 9, 1954 in St. Louis, Missouri, to Sally (Zumwinkel) and J. Stewart Bakula, a lawyer. He is of German, as well as Czech, Austrian, Scottish and English ancestry. He comes from a musical family. In the fourth grade, he started a rock band and wrote songs for them, he later sang with the St. Louis Symphony. He studied Law at the University of Kansas until his sophomore year when he left to pursue acting. In 1976, he was first hired professionally in the role of Sam in "Shenandoah" and went to New York. After several small roles on television, he starred opposite Dean Stockwell in the science fiction series Quantum Leap (1989). Bakula played Dr. Sam Beckett, a physicist who was trapped by a malfunction of his time machine to correct things gone wrong in the past. He won a Golden Globe in 1992 for Best Performance by an Actor in a TV series - Drama for Quantum Leap (1989) and was nominated for a Tony Award in 1988. He also starred in the prequel series Star Trek: Enterprise (2001) as Jonathan Archer, the captain of Earth's first long-range starship. Today, he lives in Los Angeles, California and has a farm in upstate New York.

The Captains Close Up