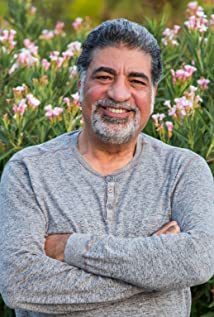 Egyptian-born filmmaker and actor, Sayed Badreya, realized a childhood dream by winning roles in major Hollywood films such as Iron Man, The Insider, Three Kings, and Independence Day. He's also a renowned advocate for human rights and enriching the American culture through films and television. His journey to the big-screen, however, was not easy. Sayed's story is one of perseverance, belief, and beating the odds. Background and Journey to Acting and Producing Sayed Badreya is an Egyptian American actor, born in 1957 in Port Said, Egypt. Sayed grew up in poverty but had dreams and aspirations of movie stardom from a young age. Although the prospect of him ever making it to Hollywood felt as bleak as realizing peace in the Middle East, he felt an undeniable pull towards acting, believing that he was cut out for something more. He used the movie theater as a child as an escape from the war-torn Middle Eastern atmosphere he was born into. It was at the movie theater where he discovered the transformational magic of film and where he determined that he was destined to be a part of that magic. Sayed moved to the United States and attended New York University film school before moving out to Hollywood to pursue his acting career. His career in the film industry first began as an assistant to actor/director Anthony Perkins, and then with director James Cameron on the film, 'True Lies.' Mission Badreya had a clear mission; he wanted to make movies that told the Arabic-American story, since it had yet to be told. This mission led him to creating a production company of his own, 'Zoom In Focus.' Under this banner, he directed and produced the documentary, 'Saving Egyptian Film Classics' as well as 'The Interrogation', which won Best Creative Short Film at the New York International Film Festival. He also produced and starred in a short film called, 'T for Terrorist', which was awarded Best Short Film at the Boston International Film Festival and the San Francisco World Film Festival. Sayed's efforts to bring attention to Arab-Americans in the motion picture industry has received much coverage and media attention over the years on radio, television, and in major publications around the world. Media outlets such as; The New York Times, Los Angeles Times, GQ, NPR, ABC's 'Politically Incorrect' with Bill Maher, BBC's 'Panorama,' CNN, 'Fox Report with Shepard Smith', Variety, The Hollywood Reporter, Egypt Today, and more have chronically Sayed's inspiring message and journey. Movies and Acting Roles Sayed has made appearances in over 65 movie and television roles throughout his career. He's shared scenes with some of Hollywood's top actors including Al Pacino, George Clooney, Mark Wahlberg, Gwyneth Paltrow, Robert Downey Jr., and Jackie Chan. He's also had the pleasure of working with some of the best directors in the business including Michael Mann, Peter Farrelly, Jon Favreau, and Oliver Stone. Aside from his acting roles, he's worked as an Arabic dialect coach and as an Islamic technical advisor on Path to 9/11, a $40 million dollar mini-series about the events leading up to 9/11 produced by ABC/Touchstone. It was in 2007 that he landed his first leading role in the English language motion picture, 'American East', a film that he also co-wrote. 2008 was Sayed Badreya's breakout year. He captivated audiences as Abu Bakaar, the villainous arms dealer who kidnaps Tony Stark (Robert Downey Jr.) in the summer blockbuster, 'Iron Man.' That same year, Sayed also played the comedic Palestinian cab driver opposite Adam Sandler in 'You Don't Mess with the Zohan'. In 2009, Sayed was featured in Paramount Pictures' feature film 'El Traspatio' aka 'Backyard,' directed by Oscar-nominated Carlos Carrera, in which he plays a serial killer opposite Ana de la Reguera. Sayed also found himself in 'Movie 43,' where he plays opposite Halle Berry. Additional films in 2009 include; 'The Three Stooges,' his fifth film with the Farrelly brothers; 'The Dictator,' playing Sascha Baron Cohen's father as the original Dictator, and 'Just Like a Woman', with Oscar nominated director, Rachid Bouchareb. In 2011, he completed his second leading role in the New York independent feature, 'Cargo,' about human traffickers, directed by Yan Vizinberg. That same year he also co-starred opposite Oscar-nominated actress Melissa Leo in the film 'The Space Between,' directed by Travis Fine. 2017 brought Sayed Badreya the well-deserved honor of winning the 'Best Actor' award from the 13th edition of 'Action on Film Festival' in Las Vegas for his role in the American movie 'Aileron.' In 2018 Sayed Badreya received a 'Life Achievement Award' at the Boston International film festival to commemorate his lifetime contribution to enriching American culture through films and television. 2019 has been one of Sayed's most successful years yet. He shot 'Vanguard' opposite Jackie Chan, signed a 2nd season for 'Apple & Onion, an American animated television series created fo

You Don't Mess with the Zohan