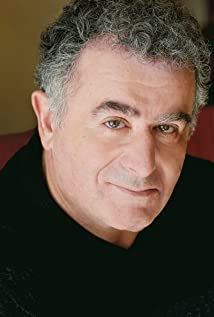 Saul Rubinek was born in a refugee camp in Germany, where his father ran a Yiddish Repertory Theatre company. Saul started his professional career as a child actor in theater and radio in Canada. By the time he was 20, he was a member of the Stratford Shakespearean Festival company in Stratford, Ontario and, later, was a co-founder, actor and director of Theatre Le Hibou, Theatre Passe-Muraille and Toronto Free Theatre. He got his early training in film and television as an actor for the Canadian Broadcasting Corporation. Saul started working in the United States as an actor at the Public Theater in New York. Rubinek's work on U.S. and Canadian television, film and theater spans four decades. In 1997, Rubinek directed his first feature for Lionsgate, based on the play he previously directed, Jerry and Tom (1998). He also was producer on the film in partnership with his wife, Elinor Reid. The film was an official entry in competition at Sundance in 1998. He also directed the features _Club Land (2001) (TV)_ and _Bleacher Bums (2001) (TV)_ for Showtime/Paramount. Rubinek directed, and his wife and partner Elinor Reid produced the award-winning indie film Cruel But Necessary (2005). Penguin Books published (1987) Rubinek's non-fiction book, "So Many Miracles", an account of his parents' survival growing up in Poland during World War II. He wrote and produced an award-winning documentary (1988) of the same title, So Many Miracles (1987), for CBC and PBS which chronicles his parents' reunion with the people who saved their lives during the Holocaust. The DVD of the documentary is available from The National Center for Jewish Film at Brandeis University. Rubinek wrote the play "Terrible Advice", which was produced in 2011 in London by The Chocolate Factory, starring Scott Bakula, Andy Nyman, Caroline Quentin, Sharon Horgan, and directed by Frank Oz.