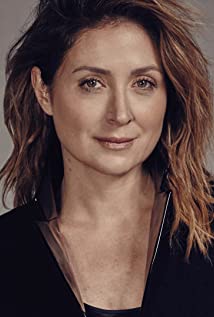 Sasha Alexander began acting by the time she was in the seventh grade when she found herself cast as the lead female in her school's production of "Baby". What she didn't know was that her male co-star would chicken out on her only a few hours before opening night. Determined to let the show go on, Sasha used her comedic skills and threw herself into the role. The audience response was overwhelmingly enthusiastic, and a star was born. Sasha continued acting in high school and college plays, and traveled east to New York from her native Los Angeles to perform in summer stock and Shakespeare Festival productions. It was here that her portrayal of Katherine in "The Taming of the Shrew" earned her the honor of studying in London with Cicely Berry and the Royal Shakespeare Company. Sasha graduated from USC's prestigious School of Cinema & Television, where she studied directing in an effort to hone her behind-the-camera skills. All the while, she continued to add to her acting resume with appearances in several critically acclaimed independent films, which premiered at festivals across the country. Besides her acting career, Sasha has also written a variety of productions, including Lucky 13 (2005), a comedy which she co-wrote, produced and stars in with Harland Williams and Lauren Graham. Sasha currently co-stars with Angie Harmon on the TV drama Rizzoli & Isles (2010).