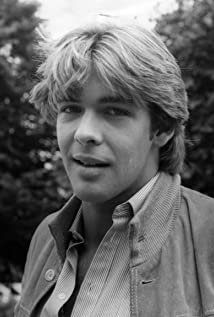 His career started in 1959 with the movie "Hubertus Jagd" with Willy Fritsch. He appeared in many TV movies until he started in Cologne his first Theatre play "Der Tod im Apfelbaum". He did also a lot of dubbing for foreign TV series like: "Riffle man", "Flipper", "Die kleinen Strolche" etc. Later on he lent his German voice to international actors like: Jean-Michael Vincent, Bruce Lee, Mike Myers in "Shrek". 1972 he went on his first Theatre tour as "Masham" in "Glass of water" (by Eugen Scribe) with O.W. Fischer. After the movie "Whispering death" (with Christopher Lee, Trevor Howard) he went in 1976 to Australia to do 13 episodes for the adventure TV series "The Outsiders" (Andrew Keir, Wendy Hughs). In 1980/81 he played "Orlando" during the Salzburg Theatre Festival in Shakespeares "As you like it" with Barbara Sukowa. Between 1981 and 1994 he appeared again and again on stage, started the TV serie "Das Traumschiff", he went also again on a Theatre tour with the "Doppeladler" (Judy Winter), then 70 episodes for the TV serie "Die Schwarzwaldklinik", then the movie"Rich poor girl" with Farrah Fawcett. 1989 he played Goethes "Egmont" at the Ernst Deutsch Theater in Hamburg. And 1994 "Die Katze auf dem heißen Blechdach" (as Brick) which was his last Theatre tour. 2012 the Feuilleton loves him for the "Lerchenberg". In 2013 he went back to "Das Traumschiff" as Captain. In October 2014, he celebrated his 60th birthday and his 55th anniversary as actor.

The Night of the Askari

Sex Life in a Convent