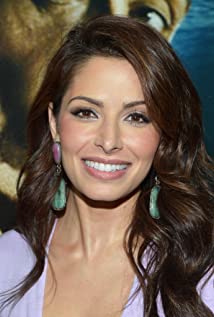 Sarah Shahi was born Aahoo Jahansouzshahi in Euless, Texas, to an Iranian father and Spanish-Iranian mother. She is a former NFL cheerleader and a descendant of a 19th-century Persian Shah. She attended Trinity High School and Southern Methodist University, studied opera and majored in English. As a teenager, she won several beauty contests and took first place in the Miss Fort Worth USA pageant in 1997. She joined the Dallas Cowboys cheerleaders and was part of the 1999-2000 squad. She also appeared on the cover of their 2000 calendar.While working as an extra on the set of Dr. T & the Women (2000), she met director Robert Altman, who encouraged her to move to Hollywood to pursue a career as an actress. Shahi was the first ghost in Supernatural (2005), the CW paranormal drama series. She had recurring roles in several TV series, such as Alias (2001), in which she played "Jenny"; and Dawson's Creek (1998), where she was "Sadia Shaw". She became a fan favorite in her role as the Mexican-American DJ "Carmen de la Pica Morales" in the Showtime series, The L Word (2004), which she joined in its second season. Sarah did not renew her contract with the show for a fourth season and, consequently, her character was written out.However, she is best-known for her main role as "Sameen Shaw" on the CBS show Person of Interest (2011) playing a CIA agent turned-vigilante with a heart of gold.She also appeared on HBO's The Sopranos (1999), in the episode The Sopranos: Kennedy and Heidi (2007) as "Sonya Aragon", a stripper and a college student who spends a weekend with Tony after a death in his family. Although uncredited by most sources, Sarah also appeared in the Jackie Chan film, Rush Hour 3 (2007), as one of the girls being handcuffed along with Mia Tyler for a traffic offense by Chris Tucker early in the film. She also starred with Damian Lewis in the NBC show, Life (2007).Sarah speaks English, Farsi, and some Spanish, and has a brown belt in karate.

The Adventures of Beatle