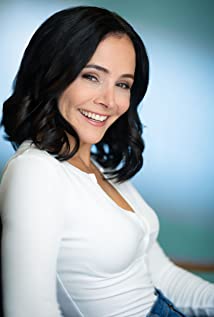 Born and raised in Vancouver B.C., Sarah first launched her professional acting career on the popular CBC teen soap series, "Edgemont", where she played the love interest to Grace Park's (Hawaii Five-O) character, Shannon. From there, Sarah went on to numerous lead and supporting roles on SyFy's "Andromeda", "Continuum", and "Stargate SG-1", USA Network's "Dead Zone" and Lifetime Television's "Killer Hair" and "Hostile Makeover". Sarah also guest-starred on J.J. Abram's hit FOX series, "Fringe", and has been seen in a recurring role as a troublemaker ex-girlfriend on USA Network's hugely successful dramedy, "Psych".Sarah also didn't hesitate to step into the role of a psychopathic criminal groupie in Blaine Thurier's critically acclaimed feature, A Gun to the Head, which premiered at the Toronto International Film Festival. The launch of this film was on the heels of Sarah's Leo Award-nominated comedic roles in the short films Awkward, which screened at The Just For Laughs International Comedy Festival, and Sparklelite Motel.As a voice over artist, Sarah has created original voices for characters for Cartoon Network's "Max Steel", and "Transformers Cybertron", Discovery Kids "Class of the Titans", Hasbro's "My Little Pony: Friendship is Magic", and Netflix's "Dinotrux". Sarah has also voiced characters for popular international children's series including The Rose in France Télévisions "Le Petit Prince", and Thea Stilton for Italy's Rai 2's "Geronimo Stilton". She can be heard as River in Season One and Two of "Minecraft Mini Series" by Mattel Action!.Sarah was seen in Hallmark's "Love at First Bark", "The Wedding March 2: Resorting to Love," and "At Home in Mitford", alongside award-winning actress Andie MacDowell. She plays a supporting role in the upcoming "Wedding of Dreams" starring Debbie Gibson, and Season Two of CBS's "Salvation." Just before the birth of her second child, she appeared in Hallmark's "Welcome to Christmas", and can be seen in HBO's docuseries, "The Vow."