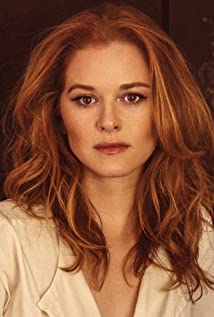 Born and raised in Stony Brook, Long Island, Sarah Drew knew that she was destined to act since the age of five when she performed in a school play. While obtaining her B.A. in Theatre from the University of Virginia, the budding young actress was spotted by a casting director at a musical theater workshop that she was taking at NYU during her summer break. She soon found herself in the title role of "Romeo & Juliet" at Princeton's renowned McCarter Theater. After rave reviews of her portrayal of Juliet in Variety and The New York Times, agents came knocking at her door and a few months after graduating from The University of Virginia, she found herself starring along side of Ed Harris and Cuba Gooding Jr in "Radio". Soon after that, she was cast in the Broadway production of "Vincent in Brixton" which ran in NYC and London's West End. Her first major TV role was a two-year stint playing Hannah Rogers on the popular WB series, "Everwood."Sarah guest-starred on many acclaimed series such as "Mad Men" (she did a four episode arc as Sal Romano's wife, Kitty), Susie Pepper on "Glee", Angelica Huston's daughter on "Medium", and a starring role in the Hallmark Hall of Fame movie "Front of the Class" (a true story about a teacher with Tourette's Syndrome). In 2009 Drew joined the cast of ABC's award-winning series "Grey's Anatomy" where she portrayed Dr. April Kepner for nine years. Other TV credits include Cagney in the CBS pilot "Cagney and Lacey" and Sarah in the CBS pilot "The Republic of Sarah". Drew is currently shooting a new series for Freeform called "Cruel Summer" which is due to be released April 2021.Drew has also amassed a solid list of feature film credits including "Radio," opposite Cuba Gooding, Jr. and Ed Harris (she played the latter's daughter), "American Pastime" opposite Gary Cole (about the Japanese interment during World War II), "Mom's Night Out" opposite Sean Astin and Patricia Heaton (Sony TriStar), and "Indivisible".Over the past few years, Drew has ventured into the world of producing and directing, producing and starring in the film "Indivisible" and directing a six episode web series for Grey's Anatomy called "Grey's Anatomy B-Team", which earned an Emmy nomination in the category of Outstanding Short Form Comedy or Drama.Drew and her husband Peter reside in Los Angeles with their rescued dog, Lucy, their son Micah, and their daughter Hannah.