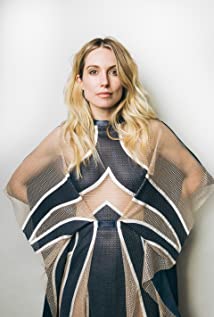 Fresh out of Canada, Sarah Carter's career in Hollywood took off quickly, landing a string of series regular roles such as "Madeleine Poe", opposite James Woods, on CBS' Shark (2006), and "Maggie", on TNT's Steven Spielberg-produced Falling Skies (2011).She has been classically trained in theater, voice and dance at Ryerson University in Toronto, and now works consistently with renowned director and coach, Larry Moss, with whom she recently work-shopped a production of Le Roi Jones/Amiri Baraka's, "Dutchman". With an education in fine arts and a background in musical theater, Sarah honors her love for the artistic process by spending as much time in the theater as her life will allow.Sarah always leaves a memorable impression with her popular guest-starring and recurring roles, namely as "Alicia Baker" on the CW's Smallville (2001); as "Wrenn Darcy", opposite Peter Krause, Donald Sutherland, and Jill Clayburgh, in HBO's Dirty Sexy Money (2007); as "Cassie" in the much-talked about Entourage: The Sundance Kids (2005) episode of HBO's hit series, Entourage (2004); and, most recently, as "Lynn Downey" on CBS' long-running remake of Hawaii Five-0 (2010).In film, Sarah has starred in several independent and studio pictures, including Haven (2004), Killing Zelda Sparks (2007), Berkeley (2005), The Weinstein Co.'s DOA: Dead or Alive (2006), New Line Cinema'sFinal Destination 2 (2003), most recently, she appeared, opposite Rachel McAdams, as "Diane", Jessica Lange's home-wrecker, in SpyGlass Pictures' blockbuster, The Vow (2012), and she just wrapped on Business Ethics (2019) starring as "Veronica" opposite Larenz Tate, which set to release in this Fall.Besides being a successful actor, Sarah has a parallel career as a singer/songwriter in her band, "SanguinDrake".

Confessions of a Go-Go Girl