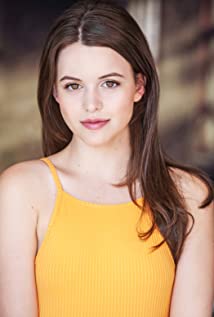 Sara Waisglass is an actress and developing screenwriter who has spent well over ten years honing her craft in the business of filmmaking. Sara was born on July 3, 1998 in Toronto, Ontario, Canada. Her career began at the ripe age of seven when she landed the role of Jordy Cooper in Shaftesbury's "Overruled" and spent three seasons charming audiences.Sara brings to her work a natural instinct and ability that has served her well working alongside the incomparable John Malkovich and Romain Duris in "Afterwards", as well as Rob Pattinson and Dane Dehaan in "Life". The award winning Canadian Drama "Degrassi" has added to her pedigree as an actress on the rise. Her role as Frankie Hollingsworth over six seasons has cemented her as one of Canada's finest young actresses, earning her a nomination for a Young Entertainers Award in 2016.Most recently, Sara brought to life fan-favorite Maxine Baker on Netflix's "Ginny and Georgia". Sara's energy and ferocity as Max is undeniable on screen, and quickly earned her a devoted following.Off screen, Sara spends her time studying story structure and writing her own projects.