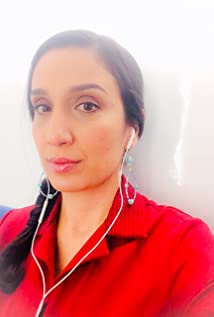 Sara Vessal grew up in Santa Monica, CA. She is the 4x-great granddaughter of 19th Century Persian Poet, Vessal Shirazi. She majored in Film & Digital Media at the University of California, Berkeley, where she graduated with Honors, and was awarded the Special Distinction Eisner Prize in Film. She is an alumnae of the Baron Brown Studio, where she studied the Meisner Technique. She also trained in improv comedy at The Groundlings, UCB, and Improvatorium.Sara was discovered by director Rob Nilsson who cast her as the lead in his feature film Security (2005), which won the Audience Award at the Green Cine Film Festival. She can be seen in rapper Witt Lowry's music video "Last Letter" (2018) starring opposite Zachary Gordon, which has garnered over 2 million views on YouTube. She also plays a strong supporting role in Three Days in the Hole (2018), which has screened at numerous film festivals, including the Hollywood Film Festival, WorldFest Houston where it won the Gold Remi Award, and the prestigious Cannes Film Festival in France. Following Cannes, she wrapped the feature film thriller The Stand at Paxton County (2020).When she's not acting, Sara is producing documentaries like We Came Home (2013), which won the Jury Award at the Sao Paulo International Film Festival in Brazil, and the Grand Prize at the Rhode Island International Film Festival. TIME released the feature film documentary on iTunes in November 2018.Some of Sara's hobbies include music, photography, and skateboarding.

Exodus of the Prodigal Son