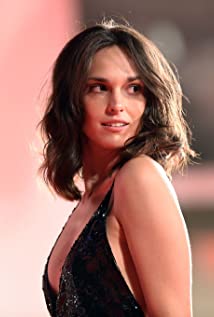 Born in Pescara, Sara Serraiocco developed from a young age a passion for dance and cinema, and she later worked as a dance teacher too (cut). She moved to Rome in 2010where she attended the Centro Sperimentale di Cinematografia, the Italian National Film School.After appearing in one episode of crime series R.I.S. Roma, Serraiocco made her film debut in 2013, starring in (the feature film) Salvo, awarded The Critics' Week Grand Prix during 2013 Cannes Film Festival. Her performance as a blind girl brought up in the suburbs of Palermo got her several awards including the Italian Golden Globe for best actress and the "Guglielmo Biraghi" Nastro d'Argento as best new talent.In 2014 she was picked by director Liliana Cavani to play the role of Saint Clare of Assisi in the mini series "Francesco".In 2015, Sara starred in the film Cloro, directed by Lamberto Sanfelice. The film was presented both at Robert Redford's Sundance Film Festival and at the 65th Berlinale (Generation section). She was nominated best actress at the 2015 Globo d'oro award for this role. During the same year she was chosen by Enrico Pau to play the role of Tecla in the film Accabadora co-starring Donatella Finocchiaro and Barry Ward. Shortly after she was invited to be part of the jury at Independent section of the 2015 Rome Film Fest.Serraiocco was awarded the "Shooting Star" award as best European talent during the Berlin Film Fest. Meanwhile, she landed the lead role in Marco Danieli's debut feature film La Ragazza del Mondo (aka Worldly Girl), that was presented within the GdA review during the Venice Film Festival. Her performance in this film granted her several recognitions: the "Premio Pasinetti" (the National guild of Film critics' award) as Best Actress and the nomination for Best Actress both in the 2017 edition of Globo d'oro and Nastri d'argento. In addition to this she won the golden Ciak alongside with Michele Riondino as best acting duo of the year.She landed the female leading role of Nora in Non è un paese per giovani directed by Giovanni Veronesi in 2017 whose subject was inspired by the radio show hosted by Danieli on Radio 2. The film got Serraiocco the nomination as Best Lead Actress in the 2017 Nastri d'Argento.During the same year she played the main character in Cosimo Gomez's debut film Brutti e Cattivi that was presented in the "Orizzonti"section of the 2017 Venice Film Fest. Serraiocco has been cast as a series regular in the TV series Counterpart directed by Morten Tyldum, where she played the role of Baldwin alongside Academy Award winner J. K. Simmons. Her performance in Counterpart gained her a Best Supporting Actress nomination at the Autostraddle TV Awards.Later in 2017, she returned to Italy to shoot Alessandro Capitani's debut film In viaggio con Adele, which was presented at the 2018 Rome Film Festival. Still in that year, she got back to Los Angeles to shoot the second season of Counterpart (aired in January 2019). After that, she was chosen by director Renato De Maria to play the lead female role in his movie "Lo spietato"(2019).In 2019, she was chosen as a member of the international jury at the Kiev film festival, Molodist 48. In September of the same year she took the role of Marica in Non Odiare, directed by Mauro Mancini. The film was presented at the 2020 Venice Film Festival (Critic's Week). Most recently, she was cast in the leading female role in Lo Sto Bene, directed by Donato Rotunno which was presented at the Rome Film Festival 2020.In 2021 she landed the role of Emilia in "Il primo giorno della mia vita", directed by Paolo Genovese( post-production). During the same year she got the role of Giulia in "Siccità", directed by Paolo Virzì (production).